High Hematologic Malignancies Prevalence: Are the Advanced Testing Kits a Need of the Hour?

High hematologic malignancies prevalence among the global urban population is a significant cause of concern for governments and the healthcare industry worldwide. According to the World Health Organization (WHO) report, as of 2021, an estimated 1,519,907 people living in the U.S. were suffering from leukemia, lymphoma, myeloma, myelodysplastic syndromes (MDS), or myeloproliferative neoplasms.

Currently, hematologic malignancies, or blood cancers, are one of the most common type of cancer in developed economies.

Blood cancers develop when the unchecked expansion of aberrant blood cells overwhelms the maturation of normal blood cells and interferes with their normal functioning. This leads to abnormal activities in the blood cells.

These cancerous cells, also known as abnormal blood cells, inhibit the blood from performing a variety of functions, including fighting infections and preventing severe bleeding.

Some of the most prevalent types of blood cancer are leukemia, lymphoma, and myeloma. 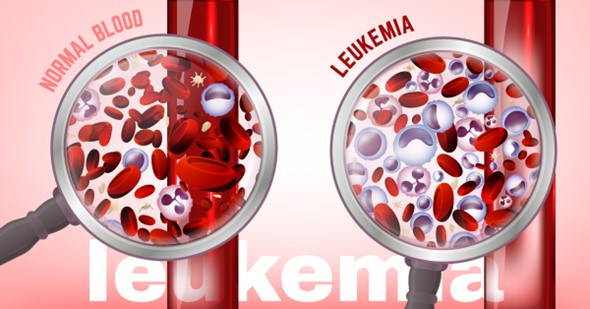 •    Lymphoma is a blood cancer that affects the lymphatic system, which is responsible for removing excess fluid from the body and producing immune cells. Lymphocytes are white blood cells that help the body fight infection. Lymphoma cells form when abnormal lymphocytes multiply and cluster in lymph nodes and other tissues. These malignant cells weaken one's immune system over time.

Due to the rising prevalence and awareness of hematologic malignancies, there is an increase in the demand for numerous molecular diagnostics based on biomarkers. The improvements have helped in raising life quality and cutting down on hematologic malignancy treatment expenses, which has fuelled the market for healthcare diagnostics.

Moreover, the importance of genetic characterization in the clinical assessment of virtually every type of hematologic malignancy has increased because of improvements in the genomic analysis of cancer and advances in molecular diagnostic technology.

The increasing implementation of precision diagnostic technology in both developed and developing nations are driving the global market for hematologic malignancies testing. 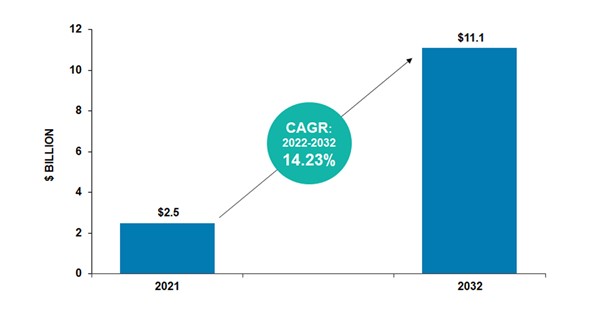 Some of the major factors for the growing popularity and applications of these kits are the increasing implementation of recognized testing recommendations from the WHO and the National Comprehensive Cancer Network. These procedures have proved to be cost-effective and clinically relevant tools for hematologic malignancy diagnosis. 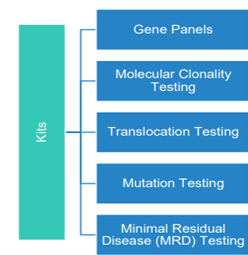 1.    Gene panels: A gene panel test scans various genes simultaneously for cancer-related abnormalities. This kind of test is usually used to narrow down a diagnosis when a person's symptoms could be caused by several conditions or when the suspected condition could be caused by mutations in several different genes. It may take a while to identify the variation that causes a person's disease or condition.

Given that various genes have been associated with illnesses and disorders, panel testing might be advantageous, and these are good places to start looking for causal variations.

Molecular clonality assays are widely employed to assist in the diagnosis of lymphoproliferative diseases in B and T-cells. The assay targets, which are distinct genetic structures created during the development of immunoglobulin and T-cell receptors in B and T cells, provide the basis for these tests.

The growing need to address problems in the diagnosis of lymphoproliferative diseases and the recent development of novel clonality detection methods may both be credited for the growth of the molecular clonality testing industry.

3.    Translocation testing: A translocation is a genetic alteration that occurs when a fragment of one chromosome breaks off and joins another. It's not uncommon for parts from two separate chromosomes to swap positions. Leukemia, breast cancer, schizophrenia, muscular dystrophy, and Down’s syndrome can all be caused by translocations.

Most diagnostic laboratories use karyotyping, fluorescence in-situ hybridization, and reverse transcription-polymerase chain reaction to detect them. Targeted locus amplification (TLA), a technique based on next-generation sequencing, may now identify a gene's translocation partner regardless of its chromosomal origin.

4.    Mutation testing: A form of germline genetic testing known as mutation analysis is used to identify a particular mutation, mutation, panel of mutations, or type of mutation. New methods for identifying malignancies with unknown primary sites are now frequently employed for the diagnosis of hereditary cancer syndromes in people because of recent advancements in mutation testing.

The use of blood-based mutation testing for the quick evaluation of treatment adequacy may theoretically be applied to ill patients, as every malignant neoplasm has a range of somatic mutations.

Additionally, distinct serum markers are available for a small fraction of human cancers.

5.    Minimal residual disease (MRD) testing: Due to developments in cancer research and technology, highly sensitive MRD tests have made it possible to precisely quantify and identify DNA sequences related to hematologic malignancies.

This has allowed clinicians to accurately assess a patient's MRD status at any point during treatment or remission. Additionally, minimal residual disease testing is being considered to gauge clinical trial feasibility, which could hasten the approval of novel medications.

MRD is employed to evaluate the efficacy of therapy and identify those patients who are most likely to relapse. The most popular techniques for evaluating MRD are flow cytometry, polymerase chain reaction (PCR), and next-generation sequencing (NGS).

The FDA authorized CloneSeq from Adaptive Biotechnologies in September 2018 as the first next-generation sequencing-based diagnostic for the detection of extremely low levels of cancer cell relapse in patients with acute lymphoblastic leukemia or multiple myeloma.

For patients with hematologic malignancies to be successfully managed, an accurate and timely diagnosis is essential. This typically calls for the integration and interpretation of many tests. The availability of better hematologic malignancy diagnoses for patients has increased because of the efforts of testing laboratories, research institutes, specialist clinics, and hospitals.