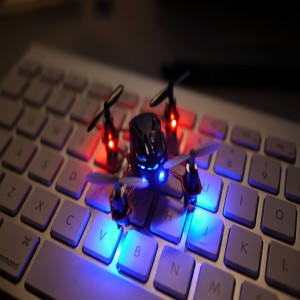 The increasing popularity of nano drones, especially among the consumer segment has certainly helped the global nano drones market to gain traction. This current trend can be attributed to the extensive use and demand of nano drones in the military sector, as these systems have constantly been evolving rapidly. The global nano drones market is expected to show a robust growth due to the utilization of small size tactical UAVs in the law enforcement, military and other non-military applications. This industry is at its initial stage and thus, there is expected to be a plethora of opportunities for the market players in the future. The market players are leaning towards strategies such as mergers and acquisitions, product launches, contracts, and partnerships and agreements, among others.

One of the leaders of military/law enforcement nano drones, FLIR Unmanned Aerial Systems, acquired Prox Dynamics in November 2016, the manufacturer of PD-100 Black Hornet. Black Hornet is the world’s first nano drone to be used for military/law enforcement activities. Similarly, another leader in the nano drones market, AeroVironment Inc, unveiled a small four-rotor surveillance helicopter in May 2017, which can be carried in a small pouch and launched from the palm of a hand. According to AeroVironment, it delivered 20 of the 5-ounce (140-gram) Snipe unmanned aircraft to its first U.S. government client in April. The aircraft, which is intended intelligence and reconnaissance missions, can relay high-resolution images and record video both day and night.1

Other companies which are comparatively new to the market are targeting the consumer segment and launching products for recreational activities. Aerix Drones has recently launched Aerix Nano FPV Indoor Drone Racing Package for drone racing. Drone racing is catching on as a popular sport and the racing drone boasts four beefed-up motors for maximum speed and agility.2

The nano drones market is witnessing an emergence of various new players in the development of nano drones for consumer application. In order to prevail and survive in the market, the manufacturers are competing to provide cost-effective, yet quality service. Acknowledging the future potential of the market, BIS Research has compiled a report titled ‘Global Nano Drones Market - Analysis and Forecast 2017-2023’. This report identifies the global nano drones market under different segments such as payloads, application, pricing and geography. According to the analyst at BIS Research, “the global nano drones market reported a revenue of $ 284.45 million in 2016. Military/law enforcement segment is expected to account for the highest revenue by the forecast year of 2023. Consumer segment is likely to grow at the highest rate owing to its increasing use in the aerial photography and recreational activities.”

This market intelligence report highlights the year-on-year growth of the market, examining the prime supply side factors affecting the growth of the market along with the current and future trends prevalent in the nano drones market. The report emphasizes on the market analysis and forecast with respect to various payloads such as cameras, battery, and others.

This report also includes a detailed competitive analysis, which focuses on the -key market developments and strategies followed by the key players in the market. The key market players are analyzed and profiled in detail in the report. This section covers business financials, company snapshots, key products and services, major developments, future programs (if any), and finally, the individual SWOT analysis. Some of the key players in the market are AeroVironment, Parrot SA, JJRC Toy, FLIR Unmanned Aerial Systems, Sky Rocket Toys LLC, Syma, Mota Group Inc., Cheerson, Horizon Hobby Inc., Aerix Drones, Hubsan, ARI Robot, Extreme Fliers, among others.