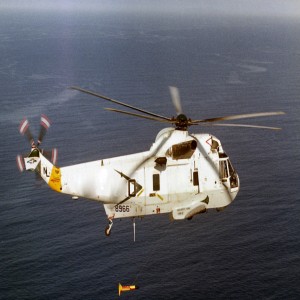 Airborne platforms have proven to be the most beneficial way of detecting and tracking submerged submarines, and naval forces of various nations are integrating such platforms in their system. Various companies are developing advanced detection technologies which are helping in the overall development of the defense industry.  The strategies that are being employed to gain a significant market share in the industry vary from mergers to business expansions and from acquisitions to partnerships. The emerging strategies and developments by various players have increased the competition in the market and companies are launching innovative products to stay ahead in the competition. The future market growth is expected to attract the involvement of various companies across the different segments of the value chain.

Earlier this year in June, ATLAS ELEKTRONIK, one of the key players in the market, signed a Teaming Agreement with Kraken Sonar Systems Inc. The companies will work together to provide the Royal Canadian Navy with the optimal solution for its Remote Mine Disposal System (RMDS). In addition to the RMDS program, Kraken has teamed with ATLAS to provide military-grade KATFISH towed sonar systems to a leading Asian navy as part of a major mine-countermeasures procurement program. Another market leader, Kongsberg Defence Systems, signed an agreement with Norwegian Defence Logistics Organisation in August 2017, to maintain gearboxes for the Norwegian Sea King helicopters until 2020.1

Recently, on Nov 13, 2017, the U.S. Navy received delivery of the MQ-4C Triton unmanned aerial vehicle (UAV) from Northrop Grumman, one of the leaders in the market. The autonomous aircraft is expected to provide the navy with unparalleled endurance and 360° coverage which will facilitate widely expanded maritime intelligence, surveillance, and reconnaissance (ISR) missions.2

Geographically, North America dominated the market in 2016 and is expected to grow at a CAGR of 6.9% during the forecast period. Asia-Pacific is expected to grow at the highest CAGR during 2016-2026. Kongsberg Gruppen, L3 Ocean systems, BAE Systems, Lockheed Martin Corporation, Saab, Atlas Elektronik Gmbh, Northrop Grumman Corporation, Ultra Electronics, Thales Group, Raytheon Inc. and General Dynamics, among others, are some of the major players of the global airborne detection systems for submarines market.