It is important for gadget lovers to keep their devices protected from dust and scratches. Fingerprints and scratches on gadgets such as smartphones, tablets, laptops, smartwatches, and smart television screens are common issues that bother people. To solve these issues, anti-fingerprint coating technology, also known as the oleophobic coating, is used by the manufacturers to provide protected devices to the customers.

Coatings are essentially applied on smart devices for protection, preservation, and beautification purposes. They also help in providing durability and additional features such as corrosion resistance, wear and tear resistance, and fouling resistance. Thus, the manufacturers have undergone a gradual shift from using the coating to improve looks to using it for surface treatment and adding more value to a product. 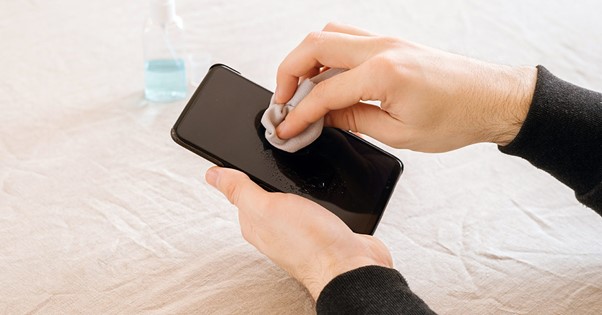 Technological advancements in the manufacturing sector and extensive ongoing research to improve the existing manufacturing processes have led to the usage of innovative functional coating. The demand for coating with anti-fingerprint properties has been rapidly increasing.

According to an analysis by BIS Research, the global anti-fingerprint coating market is estimated to reach $1,239.4 million in 2031 at a compound annual growth rate (CAGR) of 5.82% during the forecast period 2021-2031.

The coating technology is being used by various companies on different devices. Few of these applications are mentioned as follows:

1.    Smartphones- Since the onset of mobile phone devices, the growth in design and functional features has been exponential. The displays used in smartphones have significantly changed due to the use of cutting-edge materials and technologies. The application of anti-fingerprint coating provides smudge resistance to the screen. The coating is layered with an oleophobic material that prevents oil and grease from sticking to the surface, resulting in reduced friction and lesser fingerprint spots. Several anti-fingerprints coated screen protectors such as DeltaShield, ArmorSuit, and INGLE are also available in the market for smartphones and other electronic devices. The global leading smartphone companies are rapidly adopting this technology. For instance, brands such as Vivo and Nokia have already released phones with anti-fingerprint coated screens.

2.    Television and Monitors- The advancement of technology in the electronics industry has drastically changed the viewing experience of viewers through the highly advanced display in televisions. With the evolution of screen-touch televisions and displays, there has been an increase in research and development to address the problem of fingerprints and dirt which degrades the appearance of the screen.

Regular cleaning of big LCD and LED television screens is one of the main concerns of customers as excessive cleaning also increases the chances of scratches and damage to the screen. The oleophobic layer minimizes fingerprint impressions and is appropriate for application on glass and plastic surfaces.

3.    Laptops and Tablets- The application of the anti-fingerprint coating on laptops and tablets shields the devices from marks and fingerprints. This reduces contaminations on the screen, leading to the long-term performance of the devices. Several end-user companies such as Huawei, Asus, and Microsoft are adopting smudge-proof coatings in their tablet and laptop screens to enhance the user interface.

4.    Smartwatches- Durable and long-lasting anti-fingerprint coating is critical for the proper functioning of smartwatches. Leading smartwatch brands, such as Xiaomi Mi Band 3, include key features of anti-fingerprint coating. This coating facilitates easy cleaning and repels body oil and sweat, which is a crucial factor as fitness bands and watches are worn all day long.

The anti-fingerprint and scratch-free features are key attractions driving the purchase decisions of the technology enthusiasts. The current focus on the research and development of coating materials is expected to improve the quality and durability of the oleophobic layer that tends to fade away after a while and needs to be re-applied. It is expected that there will be prominent growth in the anti-fingerprint materials in future.