In the automotive industry, fuel and energy consumption is an utmost necessity. Although a sincere effort is being invested in developing alternative solutions to fossil fuels, most vehicles in the market still run on exhaustible energy resources. While extensive research and development are going on to find sustainable energy resources, the attempt to conserve energy with the current technology is essential. An automotive thermometer generator provides one such way of harvesting heat energy.

Over half the energy fed into the automotive engine is lost as waste heat as it simply vanishes into the environment as thermal energy. This heat loss increases fuel consumption to achieve the desired energy output. Consequently, it leads to a rise in greenhouse gas emissions and environmental damages. 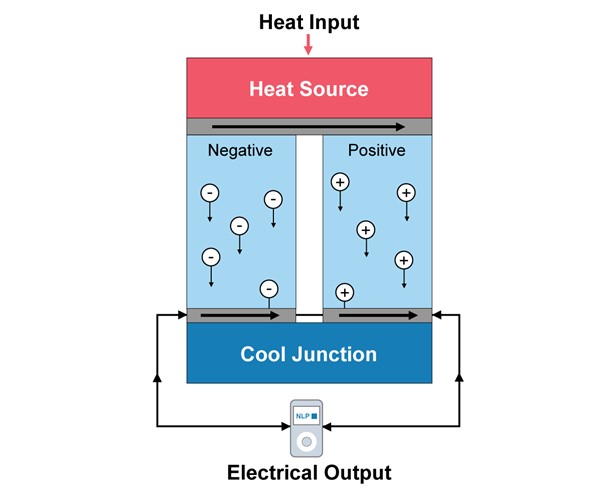 Thermoelectric technology gives a solution to minimize this heat waste in automotive vehicles. It has the potential to reduce fuel consumption by converting waste heat produced during the process of energy utilization into a usable form. The thermoelectric generator has been a topic of research and development for a long time, as it follows the principle of converting waste heat into usable electricity. It is anticipated that the automotive thermoelectric generator market is expected to have an enormous growth opportunity in the future.

How does automotive thermoelectric generator works in vehicle?

Thermal energy can be recovered from operating electronic devices such as vehicles, computers, and phones. Through the process of thermoelectric energy harvesting, thermal energy is captured from the devices and converted into electricity without the use of batteries or grid connection. It is considered the best method to reduce the consumption of fossil fuels and prevent a looming global energy crisis. 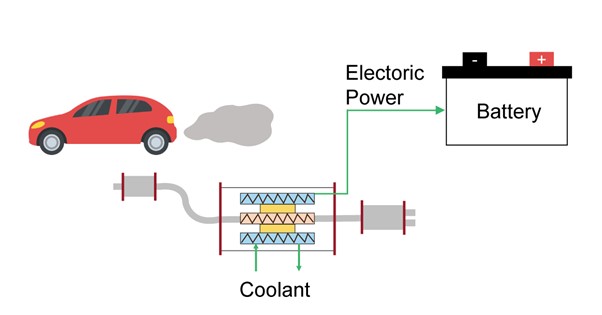 This mechanism of thermoelectric generators is based on the thermoelectric effect to convert heat directly into electrical energy. This process works on the principle of temperature change across a semiconductor material, creating a voltage that results in electricity flow.

The energy harvesting technology involves converting the heat waste I automotive vehicles, available in the exhaust gas into electricity that can be stored and utilized for various electrical inputs of a vehicle to improve fuel efficiency. The process mainly consists of four parts that are mentioned as follows:

1.     Thermoelectric modules- The central functional part of the generator is made of several pairs of thermoelectric compounds, which are electrically connected in series and thermally in parallel.

2.    Heat exchanger- It captures the heat from the flowing exhaust gas and transfers it to the hot side of the modules. Since it determines the overall performance of the generator, an optimum design and size are crucial for delivering the maximum power output.

3.    Heat sink- This part of the generator removes the heat from the cold side of the modules and assembly components. Here, the coolant flow is usually in the same direction (co-flow) or opposite (counterflow) direction to the exhaust gas flow.

4.    Assembly components- The heat transfer between the hot side heat exchanger and the cold side heat sink through thermoelectric modules depends on how well various components of the generator are assembled. A proper design of the components is essential to minimize the thermal contact resistance between various interfaces. The thermal contact resistance depends on multiple factors such as surface roughness, applied contact pressure, and interface materials and their hardness. The assembly components are responsible for enforcing sufficient force over the modules sandwiched between the heat exchanger and the heat sink.

1.    Reducing greenhouse gas emissions- Government authorities across the world are insistently working toward tackling the urban mobility challenges and aiming to reduce the consumption of fossil fuels to achieve the target of reducing greenhouse gas (GHG) emissions. The transportation industry contributes to one-fourth of the total energy-related global GHG emissions. An alternative source of energy, which could lower the energy cost and help reduce emissions, is essential to find a solution to the energy and climate crisis. 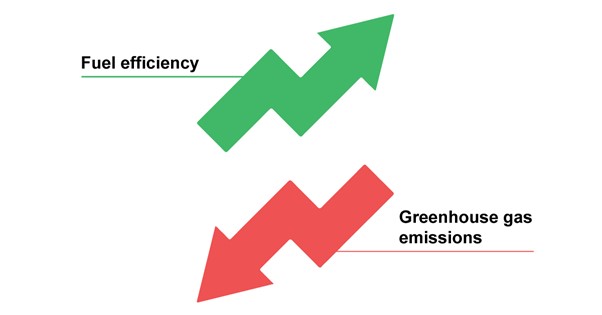 As thermoelectric energy generator harvests energy from exhaust waste gases from automotive engines reducing GHG emission, various automotive manufacturers, such as BMW AG, Volkswagen, Volvo Car Corporation, and Ford Motor Company, have started their research and development and implemented thermoelectric generator in some of their models. This ongoing investment in adopting hybrid vehicles to reduce greenhouse gas emissions is expected to increase the application of thermoelectric generators in the automotive industry.

2.    Increasing fuel efficiency- The rising demand to increase the fuel efficiency of the vehicles is the primary factor pushing the development of thermoelectric generators in the automotive industry. With the rapid growth in the transportation industry, the number of on-road vehicles has risen in recent years, drastically increasing fuel consumption.

However, the full utilization of the fuel used still needs improvement. The current technologies offer improvements in the fuel economy, but to further reduce the fuel consumption in the future, a technology that helps reduce the weight of the vehicle and helps reduce greenhouse gas emissions is required. The use of a thermoelectric generator not only increases the efficiency of the vehicle but also helps in reducing the vehicle weight by decreasing the weight of the onboard alternator. In addition, the electricity generated from thermoelectric generators is used in various applications, such as battery charging, operating air-conditioning, and lighting systems, which will further reduce the fuel consumption for operating these systems.