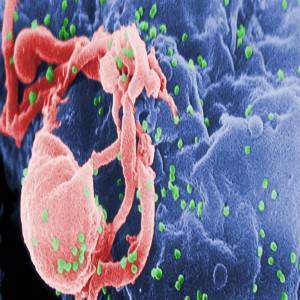 The tremendous growth of CRISPR technology is owing to the need for better treatment, improved quality of life of patient’s, and increasing prevalence of the genetic disorder. CRISPR technology is one of the significant tools in biotechnology and biopharmaceutical companies to conduct the cost-effective and highly efficient genome editing procedures. According to the latest market intelligence report by BIS Healthcare titled, ‘Global CRISPR Technology Market- Analysis and Forecast (2018-2027)’, the market is expected to reach $10.55 billion by 2027. Further, the advent of genome editing technologies in molecular research has enabled the companies to address the cause of genetic and chronic diseases. Companies are developing new technologies to stay in the competitive market, globally.

In January 2018, Synthego, a leading provider of genomic engineering solutions, announced in a press release, about the launch of ‘ICE Technology,’ a powerful new tool named ‘Inference of CRISPR Edits.’ ICE software offers rapid, reproducible analysis of Sanger data, which cost a hundred times less than the next-gen sequencing (NGS). ICE is easy to use and is an open source. Moreover, it is the only CRISPR analysis software, which features batch processing of Sanger data. ICE does not only produce reliable data as compared to the alternative algorithm, but it also generates publication quality indel spectrums, and Sanger traces instantly.

In February 2018, scientists at the University of Texas reported on the use of a CRISPR/case9 gene editing technique. The technique could potentially correct most of the 3,000 mutations that cause Duchenne Muscular Dystrophy (DMD). “We are hopeful this technique will eventually alleviate pain and suffering, perhaps even save the lives, of DMD patients who have a wide range of patients and unfortunately, have no other treatment options to eliminate the underlying cause of the disease’’ said Dr. Oslo, director of UT South western’s Hamon Centre for Regenerative Science and Medicine.1

In December 2017, a team of the researchers at the Salk Institute for Biological Studies, California, developed a CRISPR cas9 genome editing system that epigenetically activates target genes without causing DNA double-strand breaks (DSB). The new system is developed to treat diabetes, acute kidney disease, and muscular dystrophy in mouse models. For this, CRISPR cas9 mediated target gene is activated using the in-vivo method, which leads to an observable phenotypic change in the advancement of disease symptoms in the mouse.2

Geographically, the global market for CRISPR technology can be segmented into North America, Europe, Asia -Pacific, and Rest of the World (Row). North America has dominated the market on the global level and accounted 39% of the total market value in the year 2017.  Moreover, Europe is expected to register a CAGR of 36.8% during the forecast period followed by Asia-Pacific.