Crude oil is one of the most valuable resources in the modern world. Currently, it serves as the largest energy source for fuel and petroleum that mainly powers the global transportation system.

It is a naturally available resource found inside the Earth’s crust, and it needs to be mined for its various applications. The same process of oil extraction from the Earth’s crust is known as drilling.

In the process of drilling, a wellbore is drilled at the sight of abundant resources. The loose rocks and sediments are pulled to the surface by the drill and dumped out of the ground, known as drilling muds. To safeguard wellbores, surface casing (steel piping) is put into the borehole. This creates a physical barrier between the wellbore and drilling materials. The well's base is then modified with holes to allow oil to enter the bore. Finally, a "Christmas tree" of valves that controls flow and adjusts pressures is attached to the top. 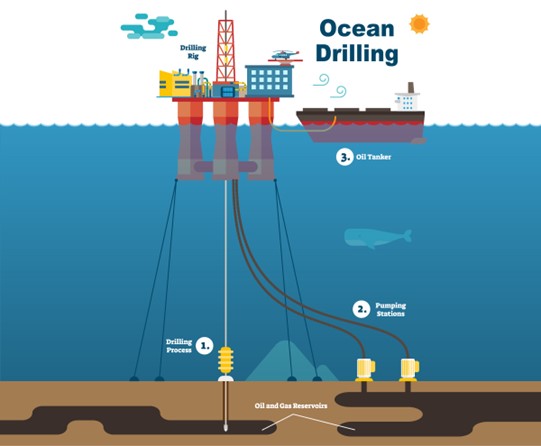 To carry out a smooth, efficient, and cost-effective drilling process, drilling fluids technology is used in the boreholes. It serves various functions such as controlling formation pressures, removing slices of mud from the wellbore, sealing permeable formations encountered while drilling, transmitting hydraulic energy to downhole tools and the bit, cooling and lubricating the bit, and maintaining wellbore stability.

According to the BIS Research analysis, the global drilling fluids market was estimated to be at $6.1 billion in 2021, and it is expected to grow at a CAGR of 7.8% and reach $12.6 billion by 2031. Along with the increasing onshore drilling activities, offshore drilling activities are also expected to increase significantly due to the rise in energy demand, which will lead to further growth in the global drilling fluids market. 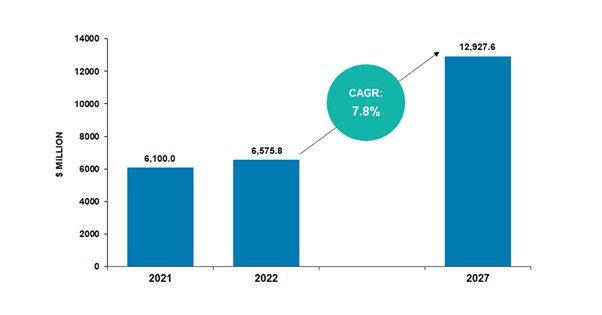 Since the oil exploration and production (E&P) sector is a significant driving force for the drilling fluids market, there is widespread concern about the effects of E&P operations on the environment. Drilling activities necessitate the use of drilling fluids, including additional chemicals that are introduced into the drill string.

When drilling fluid and stone chips are mixed, pollutants get collected, and when they are released, they harm the ecology. Since the poisons in the sediment mixture get mixed with fresh water, the groundwater may be harmful to drink.

The advances and environmental impacts of onshore and offshore drilling are discussed further in the article.

Drilling fluid technology is constantly evolving because of the escalating demand brought on by more demanding environmental factors such as high temperature and pressure, tight gas and shale gas reservoirs, as well as rising technical standards such as increased lubricity requirements in air drilling and tightening regulations on oil-based systems due to environmental remediation. Drilling fluid producers have complied with the new government rules that limit the use of certain technologies or activities by creating appropriate substitutes. 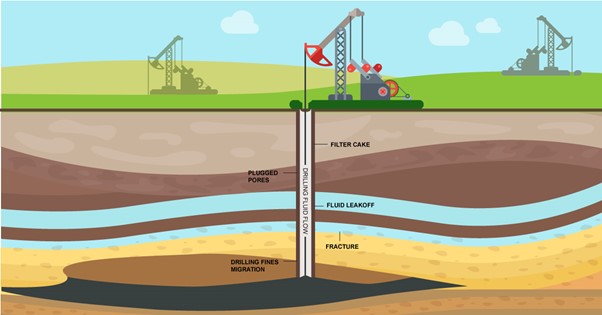 The two latest technologies gaining popularity are mentioned as follows:

1.    Shale gas: Natural gas encased in shale strata is known as shale gas. Whe used in conjunction, horizontal drilling and hydraulic fracturing are two technologies that have the potential to release difficult shale gas seams. Shale gas has established itself as a primary source of natural gas in the U.S., and interest in the potential of shale gas has grown internationally.

Alternative energy sources are becoming progressively popular around the world. Shale gas, according to industry experts, is one promising option.

A process known as hydraulic fracturing or fracking involves injecting a mixture of water, sand, and chemicals deep underground at high pressure. This fractures shale formations and enables trapped gas to be pumped to the surface. Thus far, the technology has remained almost unregulated since there is no evidence of its impact on the environment.

The expansion of the U.S. shale gas industry has raised expectations that other countries might increase domestic gas production, lower energy prices, and improve energy security.

2.    Nanoparticles (NPs): NPs offer a great deal of promise to improve drilling fluids. According to recent developments in nanomaterials technology, several researchers have used and studied nanoparticles primarily in the oil and gas industry over the past ten years. As a result, creating new kinds of drilling fluids is one of the main uses of nanomaterials in the petroleum sector.

Nanoparticles are regarded as an appealing option for use in drilling fluids due to the numerous benefits of their mechanical, hydrodynamic, thermal, electrical, chemical, and interaction potential over their base materials.

Due to their incredibly thin and delicate formation, nanoparticles help reduce frictional resistance between drilling pipes and side holes, as well as improve torque and dragging. Additionally, NPs are highly capable of drilling in high-pressure and high-temperature conditions (HPHT).

In recent years, the energy sector has witnessed the significant impact of nanotechnology on its technological advancements. Nanotechnology has the potential to bring about a radical transition in the drilling industry.

When a wellbore is constructed, the drill bit breaks off little rock fragments that are brought to the surface as drill cuttings. Drill cuttings may be released into the ocean under controlled conditions in many nations, provided the project operators abide by the laws intended to minimize any potential environmental harm. The International Association of Oil and Gas Producers (IOGP) recently published a new report that details the potential environmental and non-water quality implications of controlled drill cutting discharges, as well as the background and justification for specific laws governing these discharges.

Offshore drill cuttings management options are numerous. These include cuttings reinjection/downhole disposal, shipping the cuttings back to land for processing and disposal, or offshore processing to remove associated nonaqueous drilling fluids before discharging into the marine environment, where the cuttings will primarily settle at the bottom.

The main environmental issue raised by the offshore discharge of drill cuttings with leftover drilling fluid is the negative consequences on the seabed. Due to the quick dilution and dispersion of drill cuttings, as they fall through the water column, they do not pose a high risk of injury to the water-column organisms.

Concerns for onshore disposal include non-water-quality environmental impacts (NWQEIs), safe transfer of these chemicals to onshore treatment and disposal facilities, and absolute containment.

To allow drilling discharges to be treated and managed from the drilling rig (top side) before discharge or alternative disposal management, a recently released document was created by IOGP to provide information on the potential environmental and non-water-quality effects of controlled drill cutting discharges. It explains why, in certain instances, releasing drill cuttings into the ocean can be the most environmentally friendly choice, while in other instances, releasing them may be discouraged.

The increase in drilling activities directly impacts the growth in the consumption of drilling fluids. Technological advancements combined with high demand are increasingly putting pressure to increase the depths of the wells.

High temperature and high pressure are present during drilling. There are several drilling, stability, pressure, and other challenges that horizontal and deeper wells must overcome, necessitating the use of additional drilling fluids and a more advanced drilling fluid system while regulating the environmental impact of the onshore and offshore drilling activities.