Is Start-To-End Automation the Future of Automobile Industry?

History of Automotive Robots in the Automobile Industry

As early as 1961, prototype industrial robots were installed in General Motors factories. These robots were used for spot welding. Their achievement quickly drew Ford's attention.

The Stanford Arm was created in 1969. It was capable of jobs that previous robots couldn't do since it had six degrees of freedom in movement.

Later, Silver Arm emerged from MIT in 1974. This new arm was significantly more adaptable due to the incorporated pressure-sensitive detectors and a computer. It paved the way for just a decades-long robot boom, with annual growth of 30%.

Companies in the world spent billions of dollars automating basic jobs in their assembly factories by the 1980s. Although automation system usage dipped in the 1990s, it has now rebounded owing to technological breakthroughs.

Robots are programmed to carry out monotonous activities and relieve humans of physically demanding labor. Artificial intelligence and machine vision systems can be added to robots, allowing them to adapt to varying scenarios and provide real-time feedback on system performance.

The classic assembly line is still actively used in the car industry today. While the production of the pieces and much of the bodywork building are automated, the job still requires a significant amount of human labor.

The automotive sector is in a state of turmoil right now. Vehicles that operate on fossil fuels continue to dominate the planet, but manufacturers are looking at electric automobiles as the future's vehicles. Hybrid vehicles are also a viable option. 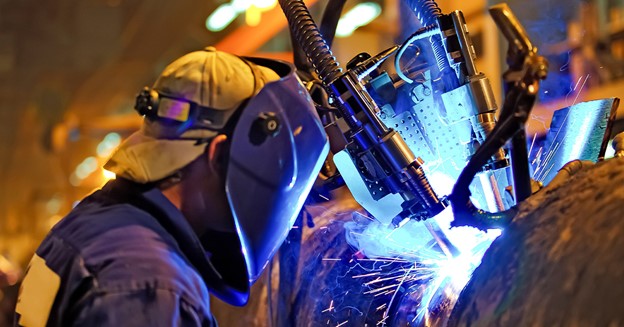 Benefits and Drawbacks of Automation

The first issue to address is the issue of employment.

The more pressing topic is the priority of expenses. Human capital is costly, but robotics, particularly developed for a single purpose, are costly as well. It may be acceptable to spend money if a car manufacturer has a clear grasp of their business prospects for the next 10 years.

However, arguably, the producers most likely to move the sector ahead are letting technology and its capacity guide them. Those companies may continue to exceed their expectations and investing in robotics for each version of the technology may appear to be a barrier to their success.

Consider how much more costly it is to insure an electric vehicle, necessitating specialized effort and pricey parts if mechanization does not evolve.

The monotonous and time-consuming operations can be carried out by robots. This could help firms improve their productivity while also lowering the expense of human training.

The market is being influenced by the logistics and warehouse robot industry's rapid growth. As a result, new advanced robotics technologies are in the works.

To know more about the Global Logistics and Warehouse Robot Market, request a sample here

What are robots currently used for in the automotive industry?

When it comes to automotive construction, a lot of welding takes place. People used to do the majority of the welding in the past. Now, robots are delegated with welding tasks.

Industrial robots with giant arms do the spot welding on bigger frame panels and parts. Cobots, the small collaborative robots, are assigned to welding small objects such as mounts and brackets.

There are a few benefits to using robots instead of humans for welding. Robots may be extremely exact, and they can repeat identical actions for each component on the production line. They are not disturbed in any way.

Painting cars is not easy, especially when it needs to be done continuously in a consistent manner when cars come off the assembly lines.

While there are a lot of people working in the painting industry, robots are rapidly stepping in to assist.

Robotic arms can apply uniform and even coatings of paint without error, and they do so without exposing themselves to harmful compounds. They are also suitable for applying sealants and primers.

These robots waste fewer resources and are more efficient because they follow properly set courses.

During the production process, robots are used to frequently transport materials where required. They can repeatedly lift and move huge weights and keep the assembly line running.

Furthermore, they may transfer goods to and from loading bays to load materials onto vehicles for transportation.

Again, efficiency and security are important factors in the utility of logistics robots. Working with big loads is always perilous for individuals, and robots can transport those goods repetitively without chance of injury.

The Benefits of Robotics

Aside from the specific jobs stated before; robots have several benefits that make them a valuable asset in the automotive industry.

Robots can also operate continuously without fatigue or losing attention, which is why industrial robots are frequently put on duty 24 hours a day, seven days a week. Not just that, they can repeat activities with great precision for an indefinite period with few or no blunders.

The question of whether the automobile industry will ever be completely automated is, however, difficult to answer.