When it comes to health, sugar has a bad reputation associated with it. Although the naturally occurring sugar found in fruits, vegetables, grains, and dairy products, is considered good for health, it is the processed added sugar that is the bad news.

Sugar in the form of whole food is rich in fiber, important minerals, and antioxidants, and plant foods are also high in protein and calcium. It provides a consistent supply of energy to the cells as the human body digests them slowly.
Consuming a lot of fruits, veggies, and whole grains has also been shown to lower the chance of developing chronic illnesses, including diabetes, heart disease, and some types of cancer.

However, issues arise when people consume an excessive amount of added sugar, which is the processed sugar that food producers add to enhance flavor or increase the shelf life of foods.

The most common sources of sugar in the modern urban diet include soft drinks, fruit drinks, flavored yogurt, cereals, cookies, cakes, and candies. Additionally, there is added sugar in foods that people might not consider to be sweetened, such as soups, bread, cured meats, and ketchup.

All these food products in a regular diet led to overconsumption of sugar. According to the National Cancer Institute, adult men consume 24 teaspoons of added sugar on average per day, which makes up for 384 calories.
While the recommended amount of sugar consumption is less than 10% of the daily caloric, this means that less than 200 calories should be accounted for by added sugar in a 2,000-calorie diet. 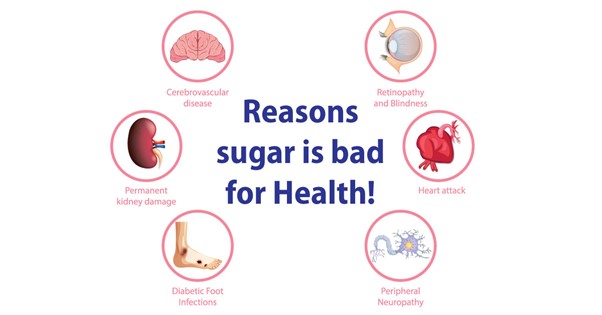 However, with the rising health awareness among the urban population, consumers are increasingly looking for products with lower sugar content and sugar replacements.

Sugar-rich diets have also been associated with an increase in incidences of obesity, diabetes, and other disorders. All these factors are leading to increased research and development activities to find low and no-sugar substitutes.

Also, with the advancement in technologies and increasing trends of innovative foods, various brands have come up with next-generation sweetener solutions in the market.

The recent innovations in natural sweeteners and sugar substitutes are discussed further in the article.

Types of Sugar Alternatives Available in the Market

1.    Plant-based sweeteners (stevia): Though its discovery was attributed to an Italian botanist in the 1800s, stevia has been utilized for centuries around the world.

In 1987, the Food and Drug Administration (FDA) of the U.S. outlawed the commercialization of stevia as a food additive. However, stevia recovered its reputation as a sweet, long-lasting food additive in 1995. Since then, stevia-containing products have increased in number by 58%, reflecting the sweetener's soaring popularity.

Extracts from the plant are now being utilized more and more as a sugar substitute because of their lack of calories and extreme sweetness. Stevia-based sweeteners can be used in yogurt and energy drinks, among other foods and beverages.

To improve the taste profile of stevia products, some fruits have been combined with it, the purity and solubility have been improved, and better plant varieties have been bred. Other plant-based sugar substitutes, like coconut and fruit-based possibilities, are also being researched by food scientists.

Stevia sweeteners naturally include sweet-tasting ingredients. People who like foods and beverages with natural sources could find this trait advantageous. Due to its low caloric content, Stevia is a healthy substitute for managing diabetes or losing weight.

2.    Functional fiber: Functional fiber-based sugar replacements like inulin and polydextrose are becoming more popular. These substitutes are not just lower in sugar but can also help with digestion because dietary fibers have taken the place of some of the sugar. Since more consumers are worried about how artificial sweeteners could affect their gut health, fiber-based sweeteners provide an extra benefit.

3.    Sugar alcohols: Polyols, or sugar alcohols, are a form of naturally occurring carbohydrate that can be found in fruits and vegetables. Erythritol, xylitol, and maltitol are three common sugar alcohols used as sugar substitutes.
Sugar alcohols do not cause the tooth to decay the way conventional sugar does since the mouth's microorganisms do not ferment them. They are a wise substitute for people with diabetes because they also contain significantly fewer calories and have little to no impact on blood sugar levels.

Although sugar alcohols are generally thought to be safe, some of them can irritate the stomach if consumed in large amounts.

4.    Rare sugar substitutes: Another option to produce sugar substitute products is the use of uncommon sugars such as allulose, allose, and melezitose. These sugars have a low calorific value and are found naturally in molasses, raisins, and dried figs. They may also have other health advantages. However, the extraction or production of these sugars can be costly, and research into more affordable ways to utilize them is continuing.

5.    Molasses: Molasses is a sweet, dark liquid that resembles a thick syrup. Juice from sugar cane or sugar beets is heated up to make it.

It has several antioxidants, as well as several vitamins and minerals. Additionally, it is a good source of the minerals calcium, potassium, and iron, all of which are crucial for maintaining a variety of health conditions.

Overall, molasses is a good substitute for refined sugar, but since it still contains sugar, you should restrict your intake.

With the rising popularity of sugar substitutes such as stevia, monk fruit, and sugar alcohol, people now have numerous options for the selection of delicious items with little to no added sugar.

To suit the needs of their customers, product creators will have access to a wider variety of natural sweeteners in the upcoming years.

However, even with the healthier options available, the consumption still should be under recommended amount.