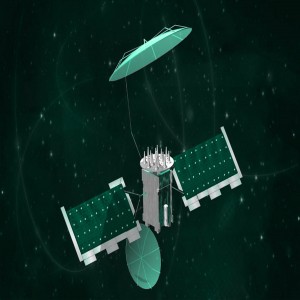 There has been an 118% increase in the shipping traffic in the Bering Strait transit traffic from 2008 to 2012. The rise in traffic perpetuates the need for safe and secure communication, especially in the Arctic. Hence, the U.S. Navy is also conducting tests to provide reliable satellite communications above the Arctic Circle. In 2013, MUOS program team successfully demonstrated Arctic communications reach near the North Pole. In addition to this, the U.S. Navy Ice Exercise 2014 (ICEX) successfully established secure data connections for nearly 150 hours in the Arctic. According to Lockheed Martin, during the exercise, it was noted that the transmission throughput increased by 16 times over existing legacy systems. Thus, the demand for consistent voice and data services is likely to increase as the Arctic becomes more accessible.

Lockheed Martin is the sole developer of the MUOS which gives the U.S. an edge over the rest of the world. However, the nations that are into agreement with the U.S. to purchase joint strike fighter F35, which include Australia, Canada, Denmark, Italy, Japan, the Netherlands, Norway, South Korea, Turkey and the United Kingdom, will be able to access MUOS WCDMA capability and will have access to safe and secure communication across the globe.

Acknowledging the advantages of MUOS in the global secure communication, BIS Research has compiled a report titled ‘Mobile User Objective System – Analysis and Forecast 2017-2026'. According to the analyst, "there is a wide range of opportunities for the number of the players in the space segment as the U.S. allies are working on the development of sixth MUOS satellite. This development is likely to create opportunities for the payload, subsystems manufacturers as well as the for the system integrator."

This report presents a detailed examination of MUOS along the lines of market drivers, restraints, growth opportunities, and challenges, with the focus on the key market developments and strategies followed by the key players in the market.