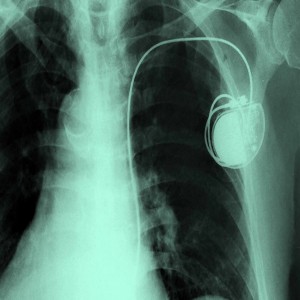 The global population is reaching the 7 billion mark and with it, the older population is escalating proportionately. In this population booming world, cardiovascular diseases are considered the number one cause of premature deaths. According to an estimate by WHO, around 17.5 million people died because of cardiovascular diseases in 2012, and the reasons vary from tobacco use to obesity, to physical inactivity and so on. The healthcare industry is continuously working on new innovations to tackle this problem and have come up with the latest technology for the management of cardiac conditions. Pacemakers and Implantable Cardioverter Defibrillators (ICDs) play a substantial role in the management of patients suffering from cardiac conditions such as heart attack (myocardial infarction), heart failure, arrhythmia and Long QT syndrome.

However, MRI compatibility of these devices has been a problem for the patients and doctors alike. Recently, St. Jude Medical came under fire from the Food and Drug Administration (FDA) for playing down the failure of batteries in its ICDs. Hence, it has become immensely important to develop MRI compatible devices so that their functioning is not affected by MRI process. The market players are investing largely in research and development to work on these devices, integrating latest technological advancement to achieve positive results.

In May 2017, Medtronic, one of the major players in the Pacemaker and Implantable Cardioverter Defibrillators (ICDs) market, announced that it has become the first company to win approval from the FDA on several MR-conditional quadripolar cardiac resynchronization therapy pacemakers. Quadripolar Pacing technology, which is not exclusive to Medtronic, allows pacing to occur at multiple points using a quadripolar lead compared to the more conventional biventricular pacing.1 Furthermore, in June 2017, Medtronic announced positive results of its reactive ATP. Medtronic claims Reactive ATP as a painless pacing therapy, solely found on the company's pacemakers, implantable cardioverter defibrillators (ICDs) and cardiac resynchronization therapy (CRT) devices.2

Another giant in the market, Boston Scientific, announced that its in-development Empower leadless pacemaker showed that the device delivers appropriate pacing therapy and receives communication from the S-ICD subcutaneous ICD. The findings were published in the Journal of the American College of Cardiology: Clinical Electrophysiology and proved the feasibility of the leadless pacemaker design and modular system.3

Acknowledging the rigorous research and development activities and intense competition in the industry, BIS Healthcare has compiled a report titled ‘Global Pacemakers and Implantable Cardioverter Defibrillators (ICDs) Market Analysis and Forecast, 2017-2023’. This study comprises of an extensive analysis of the pacemakers and ICD market, in terms of product type, application type and geographical regions which enable the user gain a multidimensional view of the entire market. According to the analyst at BIS Research, “the global pacemakers and ICDs market are expected to grow at a CAGR of 4.6% and 4.8%, respectively, from 2017 to 2023. The factors include revenue growth by dual chamber ICDs and Leadless Pacemakers as well as MRI Compatible ICD devices. The pacemakers market by volume is expected to reach 1,433,358 units by 2023 and by value, it is anticipated to reach $10.19 billion.”

The report employs an exhaustive and analytical approach to estimate and understand the market, and thus, provides an all-inclusive insight into various forms of developments, market trends, and strategies. The study takes into account the growth-share matrix model for an in-depth analysis of the global pacemakers and ICD market and makes an assessment of the factors governing the same. It also includes the profiles of major players in the market that allows the readers to get a valuable insight into the various industry trends. Some of the leading companies profiled in the report are Medtronic, Boston Scientific, BIOTRONIK, Inc., St. Jude Medical, ZOLL Medical Corporation, MEDICO S.p.A and Vitatron.