Next Generation Implants Making Their Way Steadily in the Market 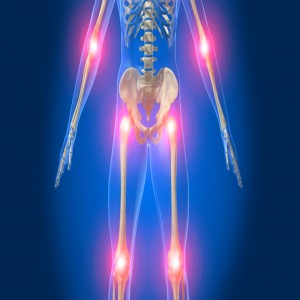 The global next generation implant market has been a witness to a number of product launches and regulatory approvals in the last seven years. The positive regulatory response has pushed the demand for implants in the market. The market players are competing to gain a fair share of the market. Recently, Johnson & Johnson acquired the optics business of Abbott Laboratories for $4.325 billion with an aim to become the leader in the ocular market. While Abbott Laboratories completed the acquisition of St. Jude Medical with the aim to expand its product portfolio.

Many doctors in Minnesota and around the U.S. are adopting a new device from Abbott Laboratories' St. Jude Medical catalog called the Infinity Deep Brain Stimulation System, which includes equipment that lets a surgeon "sculpt" the electric field inside the brain for precise stimulation. Deep-brain stimulation (DBS) has been used for decades to treat serious symptoms of movement disorders by sending electric current to specific structures in the brain, like the subthalamic nucleus.1

Boston Scientific had suspended implants of its next-generation Lotus Edge device in Europe last October over some concerns, but last month said it had found a fix for the issue. The company's Lotus technology is used in transcatheter aortic valve replacement (TAVR), a minimally invasive procedure designed to replace a narrowed aortic valve that fails to open properly.2

The US Food and Drug Administration today expanded the indication for the CoreValve transcatheter aortic-valve replacement (TAVR) systems to include treatment of patients with severe aortic stenosis at intermediate risk for surgery, according to the company. The new indication covers Medtronic's first-generation CoreValve, next-generation CoreValve Evolut R, and the recently FDA-approved CoreValve Evolut PRO systems.3

This research report aims at answering various aspects of the global next generation implants market with the help of key factors driving the market, threats that can possibly inhibit the overall market growth, the emergence of next generation of implants and the current growth opportunities that are going to shape the future trajectory of the market expansion.