Chromosomal abnormalities in pregnancy are a common phenomenon that occurs due to hereditary, chromosomal, and environmental factors. These abnormalities generally lead to congenital disability or genetic disorders such as Down’s syndrome, Edwards’ syndrome, and Patau’s syndrome in newborn babies.

According to the U.S. Centers for Disease Control and Prevention (CDC), approximately 3% of babies are born with congenital abnormalities every year. If these disorders are not detected at an earlier stage during pregnancy, they can lead to the social unacceptance of the babies.

Hence, to detect any chromosomal abnormalities in pregnancy, non-invasive prenatal testing (NIPT) is considered a sophisticated method that is used for the screening of developing fetuses. NIPT test kit proves to be a valuable test for pregnant women, which provides cost-effective and highly efficient solutions for the early diagnosis of genetic disorders.

Moreover, advancements in technologies such as next-generation sequencing (NGS) have reduced the turnaround time and the complexity of diagnostic procedures. The NGS-based non-invasive prenatal testing provides several opportunities to develop an advanced NIPT test kit for early and accurate detection of various genetic disorders.

Several biotechnology companies are now indulging in the research and development of such NGS-based non-invasive prenatal testing. The advent of NGS technologies in the life science industry has enabled the early detection of genetic diseases with complete accuracy in results to remain competitive in the market.

The growth in the NIPT market is also attributed to the increasingly flexible reimbursement policies and insurance coverage of NIPT across the globe. Healthcare experts have found the global NIPT market to be one of the most rapidly evolving markets among the other prenatal testing industries.

According to the BIS Research analysis, the global non-invasive prenatal market was valued at $2.52 billion in 2020 and is expected to reach $12.61 billion by 2031.

Prenatal diagnosis procedures are used to determine the health status of a fetus or embryo, including screening for possible genetic diseases. In humans, there are two main mechanisms that cause gene-related diseases. The first one includes genetic alterations in the human genome, such as monogenic, polygenic, and chromosomal diseases, which are caused by insertion or deletion of genes, variations in genes, and abnormal nucleotide repeats.

The second one includes epigenetic alterations in the genome, such as uniparental disomy, which is a condition in which a baby receives both copies of a chromosome or one chromosome from one parent and no copies from the other parent. Another genetic alteration includes imprinting and epigenetic defects that affect the growth, development, and metabolism of a baby and cause common molecular disturbances, affecting gnomically imprinted chromosomal regions and genes.

In prenatal diagnosis procedures, several invasive or non-invasive methods are used to evaluate the well-being of the fetus or embryo. Karyotyping and DNA analysis by sampling fetal material within the uterus are a few examples of invasive procedures.

However, the invasive procedures pose an increased risk of miscarriage and might harm the mother’s health. Therefore, the non-invasive prenatal testing techniques have proved to be more suitable for ensuring safe procedures.
Moreover, the development of technologies such as Next-generation sequencing has enhanced the accuracy and efficiency of the procedures as it enables the analyses of the entire genome by sequencing millions of short sequence reads simultaneously.

Combined with the information that fetal cells pass through the placenta into the maternal blood and the discovery of cell-free fetal DNA in the maternal blood, researchers have used the NGS technique for prenatal diagnosis of genetic disorders. NGS technology further allows the DNA fragments sequencing from the maternal circulation containing both maternal and fetal DNA. 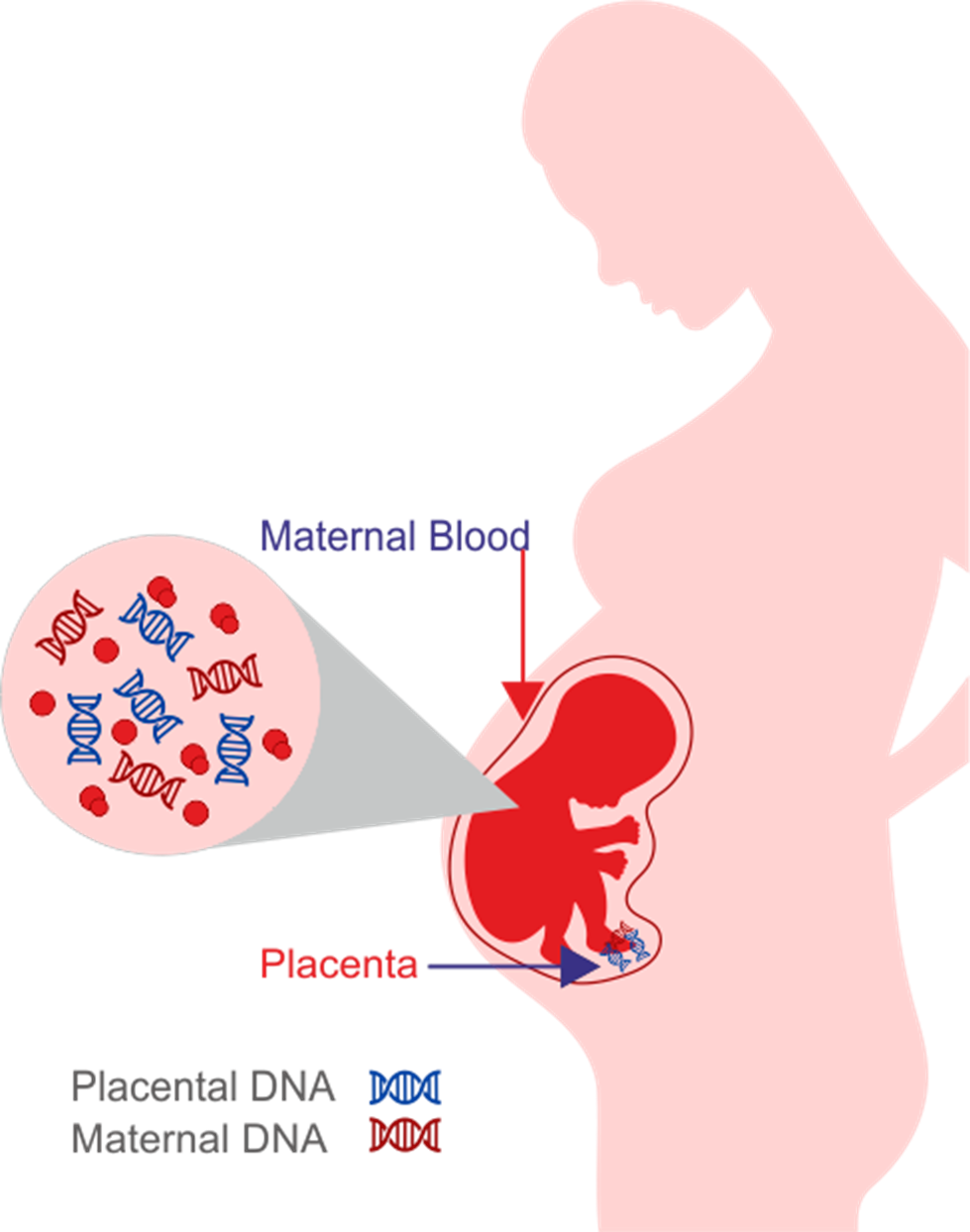 By comparing the target sequence with the reference sequence, it is possible to determine the number of copies of a particular chromosome of interest and detect aneuploidy (the condition of unbalanced chromosome pair or any chromosome number that is not an exact multiple of the haploid number, which is 23). Additionally, targeted NGS can also be used to identify paternally inherited fetal alleles (mutated genes) in maternal plasma for the diagnosis of several hereditary disorders such as ?-thalassemia.

Although the most common aneuploidy non-invasive prenatal screening with NGS has become a routine clinical practice, it is still premature to completely replace invasive diagnostic techniques with NGS. Also, the clinical application of next-generation sequencing for a few conditions, such as Mendelian disorder, is still limited and requires further extensive studies.

How is non-invasive prenatal testing contributing to safe pregnancies?

Apart from hereditary reasons, genetic abnormalities can also be caused by environmental factors such as the consumption of toxins through the air, water, or food. With the increasingly toxic environmental conditions and pregnancy at an older age, women are facing more challenges than usual.

In the modern world, it is essential to take all the possible safety precautions to give birth to a healthy child while taking care of the mother’s health at the same time. The invasive prenatal diagnostic procedures are not quoted as feasible as they carry a small but finite risk, and they can lead to more miscarriages than detecting aneuploidy.

Hence, several non-invasive tests have been advised by the physicians at different stages, such as first-trimester risk assessment at 11 to 14 weeks, maternal serum analyte screening at 15 to 20 weeks, and sonographic fetal structural survey at 18 to 22 weeks. All of these are designed to give a woman an adjusted and more accurate estimate of having an aneuploid fetus. The NIPT test kits are now widely available across the globe.

Technological advancements in the healthcare industry have always played a crucial role in its overall development. The recent advancements in the life science industry, such as wearable healthcare devices, sequencing technologies, regenerative medicine, and genomic technologies, supported by breakthroughs in the field of genome sequencing, and molecular research, have opened new and promising pathways to combat genetic diseases and reduce the overall global economic burden.

Several conglomerates and start-ups, including Illumina, Inc., F. Hoffmann-La Roche AG, and Diagnomics Inc., based in the developed countries, such as the U.S., the U.K., Germany, China, France, and Canada, have been making significant investments in the field of life sciences to develop promising gene sequencing-based non-invasive diagnostic procedures to promote global health.

Among the innumerable advancements witnessed by the industry, non-invasive prenatal testing (NIPT) today stands as one of the most distinctive technologies in curbing the concerns related to genetic diseases.