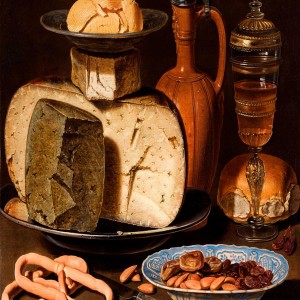 The continuously changing food habits of people are affecting the global food market significantly. The established companies are entering new domains to sustain in the market, whereas, new startups are coming up with innovative ideas and products to make a mark in the market. The startups are utilizing the opportunities provided by the rising health consciousness among the population, by introducing vegan foods, kale chips, and other fermented food and ingredients. DSM, Danone, Friesland Campina, Mondelez International, and Archer Daniels Midland Company were the most prominent names that surfaced in 2016, and these companies did a range of business expansion activities and launched various new products.

Danone acquired White Wave Foods Co. in April 2017, to add the soy milk to their portfolio and increased their organic food offerings. The company also introduced a range of Greek yogurt in India in March 2017 as a part of its plan to double the revenue by 2020. Another company, DSM, launched new Delvo Guard cultures that increase the shelf life of dairy products such as yogurt, sour cream, and fresh cheese, in March 2017.

One of the major players in the market, Evonik Industries, agreed to purchase a technology package from French industrial biochemistry company Metex Explorer, in November 2016, for the fermentative production of methionine. The €45m deal features Metex’s entire technology portfolio for the fermentative production of methionine, as well as patents, essential bacteria strains, and inoLa brand.1

Another giant in the fermented food and ingredients market, General Mills, is investing in Farmhouse Culture, a California-based maker of high-end sauerkrauts, fermented vegetables, and other foods. Farmhouse specializes in fermented foods and manufactures probiotic drinks. General Mills always tries to extend brands into new categories and this deal will certainly help Farmhouse to expand its reach in the global market.2

Although there is a need for more research and development, and appropriate regulatory environments for a sustained growth of this market, the market is expected to witness a significant growth in the coming years. Acknowledging the future potential of this dynamic market, BIS Research has compiled a report titled ‘Global Fermented Food & Ingredients Market - Analysis and Forecast 2017-2023’. According to the analyst at BIS Research, “the fermented food and ingredients market is expected to reach $888.76 billion by 2023, growing at a CAGR of 4.98% from 2017 to 2023. This growth is attributed to the increasing awareness among consumers about health and balanced diet and also the changing dietary patterns according to modern lifestyle.”

A detailed competitive analysis has been included in this report, which focuses on the -key market developments and strategies followed by the key players in the market. The key market players are analyzed and profiled in detail in the report. This section covers business financials, company snapshots, key products & services, major developments, future programs (if any), and finally, the individual SWOT analysis. Some of the key players in the market are DSM, Danone, Friesland Campina, Mondelez International, and Archer Daniels Midland Company, Evonik Industries, Tetra Pak International S.A., among others.