For over a century, fossil fuels have been the sole source for generating all forms of energy, such as coal, crude oil, and natural gases. From small vehicles to big factories, everything that facilitates human comfort is directly or indirectly powered by fossil fuel energy sources.

However, burning fossil fuels has also led to a severe climate crisis and a global energy resource deficit.

Fossil fuel energy sources are non-renewable and are available in a limited capacity on Earth. These sources are formed by the decomposition of carbon-based organisms buried under the ground for millions of years. It develops carbon-rich deposits that are mined and used for energy.

Over the years, the exponential rise in the global population has led to a massive surge in demand for fuel-based facilities such as electricity, vehicles, and other goods. This has led to an imbalance between the availability and demand for resources. Currently, non-renewable energy sources account for 80% of the world’s energy sources.

The overbearing consumption of fossil fuel energy has caused a severe strain on the Earth’s ecosystem. Issues such as extreme carbon emissions in the air, water pollution, and land degradation are serious causes of concern for government authorities across the world. It has a direct effect on the global economy. 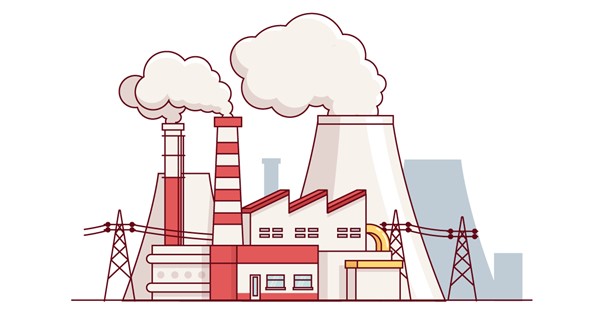 Burning fossil fuels releases large amounts of carbon dioxide and greenhouse gases into the air. Due to greenhouse gases, the heat gets trapped in the Earth’s atmosphere, leading to global warming.

Over the last century, the average global temperature has increased by one degree Celsius. The rise in temperature above 1.5°C can have adverse effects such as sea-level rise, extreme weather, biodiversity loss and species extinction, global food scarcity, worsening health conditions, and poverty for the global population.

Finding sustainable alternatives for fossil fuel energy is the prime focus of environmental scientists and innovators. Renewable energy sources such as liquid hydrogen, nuclear power, solar power, and wind power are the best possible solution for the present challenges.

The applications and advantages of these renewable energy sources are further discussed in the article. 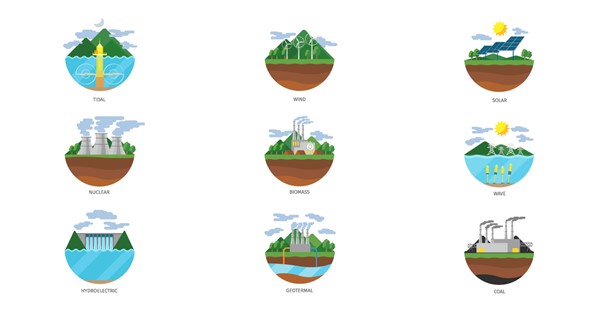 1.    Liquid Hydrogen: Liquid hydrogen is one of the most viable energy sources for a sustainable future. Along with the clean-burning properties, liquid hydrogen has the desired performance capabilities for all end-use applications. Driven by technological advancements in liquid hydrogen and fuel cell innovations, government authorities worldwide are escalating research and development efforts to enhance the commercial production and applications of liquid hydrogen.

Hydrogen is the lightest and most abundant gas available in the universe. It is a colorless, odorless, and highly flammable gas that can prove to be a good energy source. Hydrogen can be stored in both liquid and gaseous forms. It has a density (kg.m-3) of 0.08988 and a boiling point of -252.9 ?. Hydrogen condensates from gas to liquid at its boiling point.

Currently, liquid hydrogen has several applications, such as:

•    Used as rocket fuel in the space industry for combustion and propellant for space vehicles and nuclear-powered rockets.
•    Used to prevent oxidation and reduce metal oxides in heat-treating certain alloys and metals.
•    Used as a raw material for numerous chemical processes varying from the production of polypropylene and high-density polyethene to the hydrogenation of food-grade oils.

Owing to environmental concerns, energy security, and the development of a long-term fuel alternative in various sectors such as transportation and electronics, the use of liquid hydrogen has gained significant importance.

A 2019 study from BIS Research suggests that the global liquid hydrogen market will witness a substantial growth of 5.66% between 2019 and 2024.

2.    Nuclear Energy: Nuclear power has proved to be a zero-emission renewable energy source. It generates power through the process of fission, in which uranium atoms are split to produce energy. The heat released during the fission process creates steam that spins a turbine to generate electricity without releasing any harmful by-products emitted by fossil fuel energy sources.

According to the Nuclear Energy Institute (NEI), the U.S. curbed more than 476 million metric tons of carbon dioxide emissions in 2019. It is the equivalent of removing 100 million cars from the road and more than all other clean energy sources combined.

It also curbs air pollution by removing tons of harmful air pollutants each year that could contribute to acid rain and smog, leading to various health diseases such as lung cancer and cardiovascular disease.

The production method of nuclear energy is also sustainable. For instance, a 1,000-megawatt nuclear facility in the U.S. needs the utmost 1 square mile of land to operate. On the other hand, a wind farm requires around 360 times more land to produce the same amount of electricity, while a solar photovoltaic facility requires 75 times more space.

3.    Solar Energy: Solar power is extracted from the sun and converted into thermal or electrical energy. Solar energy is one of the best alternatives to fossil fuel energy sources. It is one of the cleanest and most abundant renewable energy sources that need to be harnessed for a sustainable future.

Solar technologies can harness this energy for various applications such as electricity generation and heating water for domestic, commercial, and industrial use.

Solar energy can be produced through photovoltaics, solar heating and cooling, and concentrating solar power. In the photovoltaics process, electricity is generated directly from sunlight through an electronic process. It can be used to power various electronic devices such as calculators, road signs, homes, and large commercial businesses.

4.    Geothermal Energy: This form of thermal energy available within the Earth’s crust is extracted and harnessed for various purposes such as space heating, electrical power generation, and other uses.

Lava, geysers, fumaroles, hot springs, and mud pots are the natural geothermal spots under the Earth’s surface that are used to extract geothermal energy. The heat is mainly produced by the radioactive decay of potassium, thorium, and uranium in Earth’s crust and by friction generated along the margins of continental plates. Geothermal heat energy can be recovered and used as a sustainable energy source, as it is abundantly available inside the Earth’s surface.

5.    Biomass Energy: Biomass is an organic source of energy generation. It is produced of material such as decayed living organisms, plants, and animals. The most commonly used biomass energy sources are plants, wood, and organic waste, known as biomass feedstocks.

Biomass is a clean energy source that produces no harmful by-products while being used to create direct heat and is further converted into electricity or processed into biofuel.

Currently, biomass fuel is being used in various industries and businesses for several purposes, such as space heating, hot water heating, and electricity generation. For instance, many industrial facilities, such as lumber mills, naturally produce organic waste.

Environmental scientists have given severe warnings regarding the climate urgency. Therefore, developing renewable energy sources is essential to ensure a sustainable and secure future for the global population.