The pace of technological development currently witnessed around the world is remarkable. The expansion of the drone and aviation industries is a crucial component of this change. Highly advanced drones are being utilized more frequently for various crucial tasks such as environmental monitoring, disaster management, surveying and mapping, etc.

As drone applications expand across the industries, the demand for more efficient and advanced drones is also increasing. To fulfill this demand, the drone industry is taking advantage of tools such as satellite images and geographic information system (GIS) data to maximize its planning, operations, maintenance, and security efforts. These drones are known as Earth observation drones. 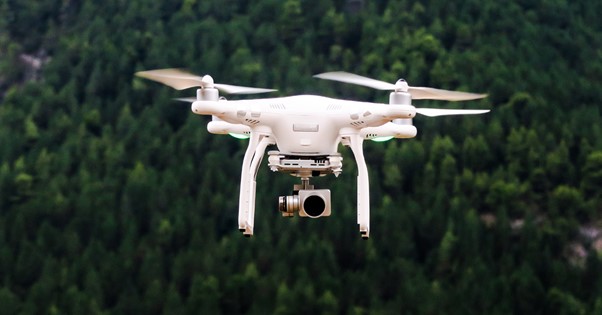 Currently, Earth observation drones are equipped with a variety of payloads for high-quality functions. Along with the cameras and electrical systems, variety of advanced sensors such as LiDAR hyperspectral sensor, multispectral sensor, infrared sensor, electro-optical sensors, red green blue (RGB) sensor, and ground-penetrating radars, are equipped in drones to serve various purposes.

Modern drones also come with artificial intelligence (AI) and machine learning technologies to automate drone operations, making them safe to fly over any tough area. The drones can return to the original takeoff zone swiftly and without any interruption from people, owing to automation.

The development of long-endurance capabilities in drones, high-tech cameras and sensors for detailed image capture, integration of automation and artificial intelligence (AI) into the drones, growing use of drones for monitoring the effects of climate change, and the creation of drones able to operate in harsh terrain are some of the key factors driving the market. 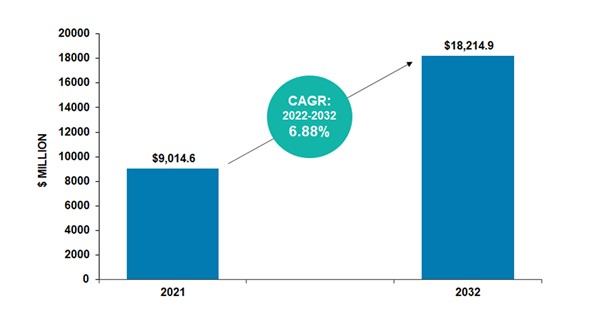 1.    Light Detection and Ranging (LiDAR) Technology: The LiDAR sensor is used for remote sensing, which makes use of pulsed laser light to measure distances on Earth and provide a three-dimensional (3D) image of the survey area. LiDAR sensors are divided into two categories, namely, terrestrial and aerial LiDAR. To gather data, airborne lidar is mounted on helicopters or drones.

Terrestrial lidar, in contrast, is mounted on moving vehicles or tripods on the Earth's surface to gather precise data. LiDAR technology performs well in a variety of weather and lighting conditions. As a result, it is employed by several different businesses, including the automotive, UAV/drone, robotics, infrastructure, industrial, and mapping sectors.

The main components of a LiDAR system are a scanner, laser, and GPS receiver. Drones, helicopters, and other aircraft are equipped with LiDAR sensors to collect a variety of LiDAR data.

2.    Hyperspectral Sensor: The hyperspectral sensor gathers and analyzes data from the whole electromagnetic spectrum. The sensor's primary goal is to collect imagery in many continuous, narrow spectral bands for object detection, material identification, and detection application.

The sensor secures 100-200 spectral bands of data per picture pixel and generates a narrow bandwidth of roughly 5-10 nm. The sensor is used to distinguish vegetation, rocks, and soil characteristics on the surface of the Earth.

3.    Infrared Sensor: The infrared sensor is an optoelectronic component that is radiation-sensitive and has a wavelength range of 780 nm to 50 m. The sensor uses infrared radiation in its environment to detect it.

Infrared sensors are added to drones so that the pilots can see the temperature that is unseen to the naked eye. Drones are equipped with cutting-edge infrared sensors that are utilized for a variety of purposes, including crop temperature measurement, crop foliage scanning, security, surveillance monitoring, and scanning electrical equipment in buildings.

The sensor is utilized in many commercial and consumer applications. An electro-optical sensor can occasionally serve as an infrared sensor. The most prevalent photodiodes, photovoltaics, phototransistors, and photoconductive devices are among the many diverse types of electro-optical sensors.

Additionally, infrared radiation detector systems are used in thermal imaging systems to transform the data from the radiation collected into a viewable format for human eyes. The sensor can be used in unmanned aerial vehicles for surveillance, imaging, range finding, and target acquisition due to its many potential uses.

5.    Red Green Blue (RGB) Sensor: The RGB sensor is a metering sensor that aids the camera in scene analysis and figuring out how much light is required to obtain a properly exposed image. Light is transformed into electrical impulses by the RGB sensor, which then arranges the data to produce images and video streams.

The RBG sensor, also known as a visible camera sensor, is made to take pictures using red, green, and blue wavelengths to produce pictures that resemble those seen by human eyes. The RGB sensor needs light to capture an image, just like the human eyes do.

The sensor has excellent performance and can operate in a variety of atmospheric conditions, including smog, heat waves, smoke, and mist.

Drones are used for various Earth observation applications such as environmental monitoring, disaster management, surveying and mapping, search and rescue, surveillance and reconnaissance, industrial inspection and monitoring, agriculture and forestry, and cinematography.

The Earth observation drones market is mushrooming as drones have various advantages; for instance, they can operate in remote locations, and their specialized camera payload helps to penetrate vegetation and large energy fields to gather details often overlooked by humans.