Tungsten Carbide Market To Speed Up At A CAGR Of 4.4% 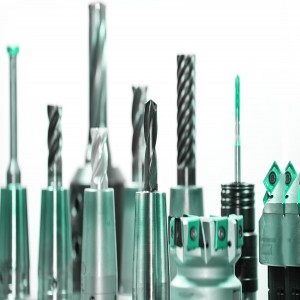 The high density of tungsten carbide, owing to its constituent components tungsten and carbon, has made this composite material a highly useful and applicable material. The extreme hardness, toughness, wear & abrasion resistance, pressure resistance, and many more significant properties of tungsten carbide have attracted myriads of industries across different verticals, to make use of it in their products and processes. Since the reduction in price of tungsten carbide, many industries have acknowledged its cost-effectiveness, notwithstanding its unique properties, and it has become the ideal choice of many industry manufacturers.

The global tungsten carbide market is an attractive marketplace with many industries competing each other for lead. One of the major players in the market, GATCO, recently announced the launch of its multi-functioning tool, Sceptre 2.0. According to Ammoland, “The 3.3” 320 mesh tapered and grooved diamond rod sharpener will sharpen serrated edges, pointed instruments and even fish hooks. A Tungsten carbide sharpener is easy to use and with a couple pass throughs, maintains a razor sharp edge on all plain edged knives.” GATCO produces one of the highest quality products in the manual sharpening industry.

Another important development was witnessed in the tungsten carbide market, wherein Kennametal Inc., one of the major players in the market, announced its restructuring plan to improve efficiency. According to Tribune, “Kennametal Inc. is on target to complete a restructuring plan to reduce its global workforce by 1,000 jobs and improve efficiency, actions designed to save the company $100 million, according to the company's chief executive.” Companies are engaging in different activities to stay ahead in the game.

Due to the growing popularity of tungsten carbide market, BIS Research has published a report titled ‘Global Tungsten Carbide Market - Analysis & Forecast, 2016 – 2022’ incorporating a broad classification of the market based on application in metal cuttings, wear parts, mining and drilling. The end use industries have been emphasised, with major focus on End Use in automotive, aerospace & defense, oil & gas, mining & construction, and electronics. The global tungsten carbide market has also been bifurcated based on geographical locations, namely Asia Pacific, Europe, North America and Rest of the World (RoW).

According to the analyst at BIS Research, “The global tungsten carbide market, by value, is estimated to witness growth at a CAGR of 4.4% over the period 2016 to 2022. This growth in the market is attributed to the increasing demand for various applications such as metal cutting tools, wear parts, mining & drilling tools etc. and various end use industries like automotive, aerospace & defense, oil & gas, mining & construction, electronics etc.”

The market research report includes a chapter on market dynamics, including key restraining and driving forces in the market along with potential growth scope and opportunities available. The recent activities of key market players have been tracked in this report, with individual SWOT analysis of the key players. Some of the key players in the market are Sandvik, IMC Group, Kennametal Inc., China Minmetals, Xiamen Tungsten, H.C Starck, Durit Hartmetall, Ceratizit S.A, American Elements, and Chongyi Zhanguan.

Strategize Investments in EV Business: Transform your Risks into Rewards

Get yourself updated on key emerging technology markets

Know about our market intelligence coverage in key sectors