Ukraine Putting up a Strong Defense with High-Tech Military Drones

The Ukrainian military is deploying “game-changing” drones such as the Punisher, Turkish Bayraktar TB2, and consumer drones to put up a strong defense against the Russian military. Civilians, too, are reportedly, handling consumer drones to track Russian convoys and pass on the necessary information to Ukraine’s military.

The military unmanned aircraft systems are proving to be essential for Ukraine. Drones, like the Punisher, can fly long distances without being noticed and can carry up to 3kgs of explosives. Ukraine is believed to have at least 12 Turkish Bayraktar TB2 drones.

Off-the-shelf consumer drones are not as effective as the considerably larger Turkish-built war drones that are in Ukraine's arsenal, but they can be effective surveillance instruments.

There are reports of civilians tracking Russian convoys with aerial cameras to pass the images and GPS locations to the Ukrainian military. Night vision and thermal sensors are included in some of the devices.

DJI, the world's top manufacturer of consumer drones, offers a technology that can quickly determine the location of a novice drone pilot, and no one knows what the Chinese company or its customers would do with the information. Some volunteers are concerned about this.

An entrepreneur who runs a retail store in the Ukrainian capital Kyiv selling consumer drones said his whole stock of 300 DJI drones had been distributed to help with search and rescue missions, as reported by BBC. He has also been reached out from friends and co-workers in Poland and other parts of Europe to supply drones.

DJI has also dealt with warfighters attempting to weaponize their drones, employing "geofencing" technology to prevent drone movement during wars in Syria and Iraq. It is, however, unclear whether the technology will help Ukraine in its cause.

Small domestic drones are not fit for the Russian combat force, but they will grow more vital in a long war, leaving drone manufacturers with no choice but to be neutral.

Turkish military drones were immediately deployed by Ukraine during Russia's incursion. About 12 Bayraktar TB2 drones are stationed in Kyiv, attempting to challenge Russian dominance in the sky.

The TB2 drone is 6.5 meters wide and weighs half as much as the Reaper, its U.S. counterpart, and can carry four laser-guided missiles. However, experts argue that while they have these drones have proven their effectiveness in recent battles ranging from Syria to Libya to Nagorno-Karabakh, the landscape this time is less favorable.

Since the Russian invasion began, Punisher drones have performed up to 60 "successful" missions.

Using UAVs is the cheapest and simplest way to throw a punch from a long distance without endangering anybody. A drone is small and light, and it is invisible to radars. It can launch three bombs at once or hit three different targets before returning to camp and can be reloaded and launched into the battle in a minimum time frame.

The Punisher can fly for hours at 1,300 feet, with a 7.5-foot wingspan using only the target's coordinates to automatically complete the mission. It has primarily targeted electronic and counter-electronic warfare stations, fuel and ammunition storage, and anti-air systems. 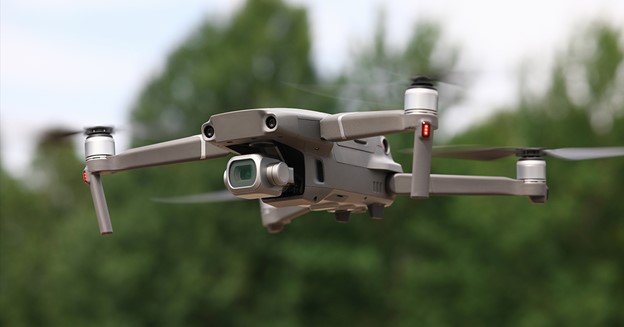 Military unmanned aircraft systems examine the procurement of UAS for diverse applications such as intelligence, target acquisition, combat operations, surveillance and reconnaissance (ISR), search and rescue, and delivery and transport in the context of various country defense operations.

Russians are thought to have 500 unmanned aerial vehicles (UAVs), most of which are more competent than Ukraine's UAVs. They are undoubtedly used in Russia as well.

Russia is equipped with world-class Orion Combat drones in its UAV advanced programs. The Russian President, Putin, has claimed to have 20,000 drones at his disposal.

Drones have shown to be beneficial in recent wars for Russia. Russia has also devised defenses against drone attacks by terrorists. Drone development is a major part of weapons development in Russia.

The market for unmanned aircraft systems has exploded, and its demand will continue to grow.