7.1    Factors for Data Prediction and Modeling

The companies profiled in the study have been selected based on inputs gathered from primary experts and analysis of the companies’ product portfolios, key developments, and market penetration.

Space in-orbit refueling as a technology is still in the development and demonstration phase. However, there are several established players and startups that have entered the market and have made considerable progress. Considering the present market scenario and future forecasts, the market is expected to grow at a CAGR of 103.85% by 2032.

Some prominent established names in this market are:

Product/Innovation Strategy: The product section will help the reader understand the different solutions for the space in-orbit refueling and services market, such as the type of capabilities and emerging technologies. It will also help readers understand the potential of the services at a global level and learn about their progress. The players operating in these markets are developing innovative offerings and are deeply engaged in long-term agreements and contracts with commercial and government agencies. Moreover, the study also examines the investment scenario in the space in-orbit refueling and services market.

For instance, Orbit Fab, Inc and the U.S. Air Force Research Laboratory have signed a technology-sharing agreement to share details regarding RAFTI. The company markets its products to all different layers of the military, intelligence, and commercial satellite community. The Air Force will help Orbit Fab review some of the technologies that aided in developing them. More specifically, they are going to advise on requirements and design elements, as well as provide testing and qualification access at several governmental facilities throughout the country.

In February 2022, Northrop Grumman-owned SpaceLogictics has signed a launch agreement with SpaceX and a contract with Optus for the sale of its Mission extension pod.  Under the agreement, SpaceX will be responsible for providing launch services for the 2024 MRV and MEP launches.

The global space in-orbit refueling market is estimated to reach $1,090.8 million by 2032 at a compound annual growth rate (CAGR) of 103.85% during the forecast period 2022-2032 (CAGR:2026-2032). The major factor driving the market growth is expected to be the increase in demand for sustainable and reusable space systems.

With the increasing number of satellites going into space, the demand for satellite servicing has been rising. In the future years, refueling capabilities are expected to become a need rather than an option for satellite operators. Several market players have already started demonstrations and some have been successful. Commercial players are expected to extract the maximum benefit of the space in-orbit refueling technologies.

Space in-orbit refueling has been on the wishlist of satellite operators for decades, however, even though the concepts existed, no company was able to materialize the technology. However, in the past 5 years, multiple established players and startups have entered the market and are now full-fledged working on the refueling capabilities. Massive amounts of investments are pouring into the industry and multiple collaborations are happening in order to co-develop new technologies.

Over 15 years of research and development on satellite refueling technologies have bought us to a stage where key players are performing successful demonstrations of in-orbit refueling and services in-orbit. Additionally, commercial players with large constellation sizes or heavy communication satellites are expected to adopt the market first. Following this, government agencies like NASA and ESA are also stepping forward to develop technologies and fund startups in the in-orbit refueling industry.

Applications, such as site earth observation, communication, and navigation, are some of the areas where satellites are expected to be refueled in the coming years. Moreover, newer technologies, such as advanced docking systems, fueling ports, and artificial intelligence software are expected to support the growth of the space in-orbit refueling market over the 2022-2032 forecast period.

During the forecast period, North America is expected to dominate the space in-orbit refueling market (by region). The significant presence of key companies engaged in developing space in-orbit refueling services is a major factor responsible for the region's growth. A higher number of collaborations between various service providers, satellite operators, and enabling technology providers is another factor driving the market growth. An increasing number of start-ups and emerging players and successful demonstrations and increasing investments by key players in the market are also contributing to the market growth.

•    In January 2022, Astroscale Holdings Inc. and Orbit Fab, Inc signed a commercial agreement for refueling LEXI in the GEO orbit. LEXI is the first satellite that is designed to be refueled. As per the agreement, Orbit Fab, Inc will refuel Astroscale’s fleet of LEXI Servicers with up to 1000 kgs of Xenon Propellant.
•    To develop technologies for cryogenic propellant storage and transfer, with these awards, NASA is investing in technologies for the storage and transfer of cryogenic propellants in space. Four awards worth more than $250 million went to companies working on cryogenic fluid management.
•    To demonstrate refueling a GEO satellite, Northrop Grumman’s Mission Extension Vehicle-1 (MEV-1) docked with Intelsat 901 on 25th February 2020 and pushed the satellite back to its normal orbit. Northrop Grumman’s MEVs are expected to give more than 15 years of life extension to these satellites along with providing spacecraft inspections, inclination changes, and orbit repair.
•    In April 2022, Washington’s Defense Innovation Unit (DIU) is planning to provide commercial refilling services in near the prime space real estate of Geosynchronous Orbit, commonly referred to as GEO. It’s also planning on creating a “bulk fuel depot” in the orbits. DIU is looking for companies with the capability for bulk liquid and gas propellant storage (>5,000 kg) in orbit. Two of the propellants include hydrazine and liquid oxygen.
•    In April 2022, Orbit Fab, Inc and Neutron Star Systems have announced a partnership for the co-development of sustainable propulsion capability and satellite refueling technologies. The agreement will help to increase the range of refuellable propellants by combining NSS propellant-agnostic electric propulsion technology with Orbit Fab's refueling interfaces and tankers.

Following are the drivers for the Space In-Orbit Refueling market:

Following are the challenges for the Space In-Orbit Refueling market:

Following are the opportunities for the Space In-Orbit Refueling market:

•    Increase in Investments for Startups
•    Rise in Demand for In-Space Services
•    Advancement of New Space Technologies for Storage, Refueling, and Receiving Propellants

According to Arun Kumar Sampathkumar, Principal Analyst, BIS Research, “The in-orbit servicing segment of the space industry has just got started with a few life-extension missions successfully achieving their objectives. While, the de-orbiting service segment is expected to be the largest in terms of quantum of demand, the refuelling and life-extension segments will remain prominent in the short term. Since the deployment of refueling-compatible hardware is yet to be deployed across missions, moving forward, with such hardware being included as part of satellite platforms, the refuelling segment will migrate from non-cooperative life-extension format to co-operative refueling format post which the market will enter a steady growth phase. The in-orbit refueling market will also be driven by the startups who are focused on establishing unique use cases to support a range of operators covering earth-orbit to deep space missions.” 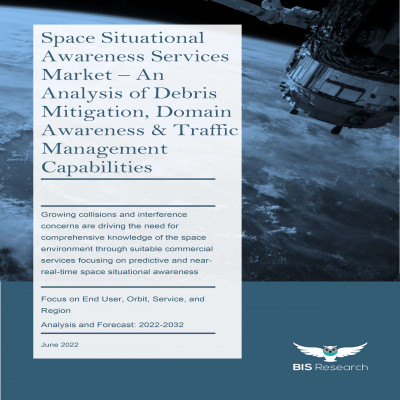 The global space situational awareness services market was valued at $125.2 million in 2021,... 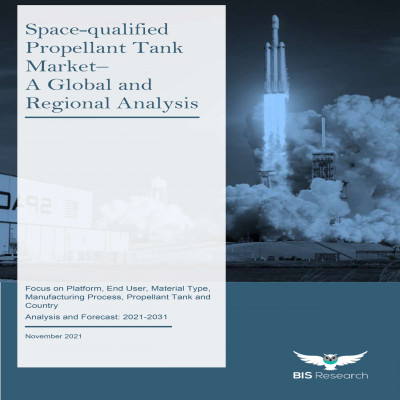 The global space-qualified propellant tank market is expected to reach $3,069.5 million by...