Need reports on an on-going basis?
Do consider our annual subscription

Europe stands at the forefront of the legal scenario of the global e-cigarette market with a series of laws and regulations for e-cigarette and e-liquid manufacturing, sales, distribution, advertising 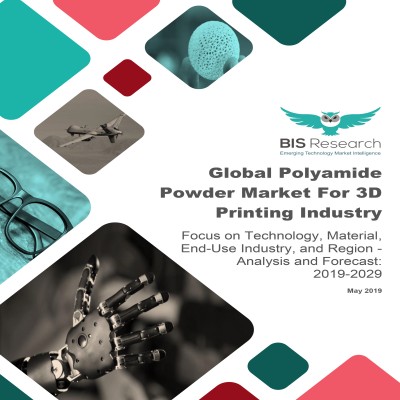 The U.S. is the largest revenue generating market for e-cigarettes and vaporizers globally and the exponential market growth has brought about a surge in the demand of e-liquid in the country. While n

A PHP Error was encountered

The market for electronic cigarette, commonly known as e-cigarette, has been advancing at a significant rate since the last few years, as a number of people have shifted their loyalties towards vaporizers and e-cigarettes from traditional smoking. These devices which are being reckoned as an alternative for conventional cigarettes emit vaporized nicotine which is inhaled by the user.

Although the market is being driven on multiple promising factors such as the presence of established brands, cost-effectiveness, perceived health benefits, and product customizations, there are certain pain points such as uncertain regulatory framework, increasing incidents of e-liquid poisoning, and compatibility issues among others which must be addressed for the market to grow significantly.

A wide range of research studies have been taken up by BIS Research, engaging in the exploration of the e-cigarette and vaporizer market and covering the legal and regulatory aspects in the global arena including the U.S. and the European markets. The research taken up also includes the emerging cannabis market of North America, the e-liquid market in the U.S. and Europe in addition to the global market evolution and development studies.

The future growth of the market is susceptible to be staggered with the imposition of regulations and taxation on e-cigarettes, considering them similar to conventional tobacco cigarettes. The market has evolved through three generations and is standing at the point of influx., The onset of 2017 is expected to present a more stable picture of the e-cigarette market globally, with regulatory framework taking final shape across participating countries.

Trusted by the world's largest business

I would like to extend our appreciation for your support in finalizing the report according to our precise needs and prerequisites. I am also impressed by the timely completion of all aspects of dealing with us as your esteemed client. I look forward to continue our professional relations in the future.
(Show More)

“I found the content quite interesting and insightful. It has provided us with some important information”

I appreciate the extra effort that team BIS took to cater to our specific requirements, moreover, their response time and adaptability is at par with my expectation.

“BIS research has been a great support to our strategic investigation in the field of thermoplastic composite. BIS did manage to bring together a clear picture on a global level, supported by examples and references and they delivered an accurate evaluation of the current market size and potential in the coming years in line with our expectations. I warmly recommend them.”
(Show More)

BIS Research has been a nice and pleasant surprise for EndoMaster. Having worked with various research firms, BIS research stands out in 3 ways: Customer Focus, Quality of Work & Flexibility.

We learned to know BIS Research as a partner who was always quickly accessible and flexible and being aware of its customer's needs. I can unreservedly recommend BIS Research as a reliable business partner.
(Show More)

The experience we have had with BIS was very positive: The team is really reactive, helped to find the information needed but not only that the team was also flexible and really made it best to satisfy the customer. The quality of the information is also very good. I really recommend BIS for market study information.
(Show More)

The syndicated BIS Research on Precision Medicine provided a holistic understanding of the market. The follow up custom research was of valuable assistance in defining our strategy. It helped us move closer to our end goal by addressing our problem statement. The professionals at BIS Research were disciplined with the deliverables and I would recommend them for their excellent services.
(Show More)

BIS did manage to bring together a clear picture on a global level, supported by examples and references and they delivered an accurate evaluation of the current market size and potential in the coming years in line with our expectations. I warmly recommend them.
(Show More)

Brilliant research work and support. BIS Research is highly responsive, detail oriented, and provides actionable insights from their market research. I would highly recommend them as a trustworthy and effective business partner.
(Show More)

I would like to extend our appreciation for your support in finalizing the report according to our precise needs and pre-requisites. I am also impressed by the timely completion of all the aspects of dealing with us as your esteemed client. I look forward to continue our professional relations in the future.
(Show More)

I currently use your report to complete my own market research to combine the numbers and possible area development possibilities so that our management can select the best steps forward. In general, the BIS research is very good
(Show More)

The report is complete and covers everything we had wanted, so I’m very happy with the results in it.  It gives a realistic view of the actual market in these payload classes in my opinion.

Overall, my teams as well as my clients are happy with all the detailed quantitative data as well as insightful qualitative information, but beyond, these reports do not only act as a tool to obtain information but also, it is driving the consultants’ working directions at a given project.  Our analysis are acceptable by the clients, hugely thanks to BIS Research.
(Show More)

The BIS team has shown high flexibility and strong customer focus during the research project. Short-term requests were taken up immediately and results were delivered in time. The results provided a good basis for developing our go-to-market approach.
(Show More)

Our experience with BIS Research was thoroughly satisfying from start to finish.  We were able to work with them at the beginning of the project to tailor the market research effort to meet our specific needs, including preparation of specific data sets in a database format to supplement the main written report.  BIS held kickoff, interim review, and final review meetings for us with their full project team to set requirements, view initial results, and ensure that the final product met all of our needs and expectations, which it very much did.  I would recommend BIS to anyone in the space industry needing specialized market research information for immediate and long-term marketing strategy development.
(Show More) 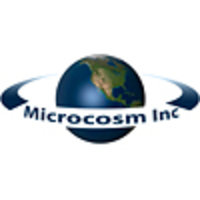 "I found the market research provided relevant to my domain and well documented. In addition, the platform to retrieve the report is easy to navigate”