Do We Finally Have a Permanent Cure to Cancer Diseases? Recent Drug Trial Suggests So

A historical landmark was achieved in the field of medical science recently when a clinical trial conducted in the U.S. on 18 patients suffering from rectal cancer achieved 100% results. This is the ‘first time in the history’ that a medical treatment turned out to be a promising permanent cure to cancer diseases.

According to the reports, during the clinical trial that took place at the Memorial Sloan Kettering (MSK) Cancer Center in New York, 18 patients suffering from rectal cancer took Dostarlimab, a monoclonal antibody that targets a protein known as PD-1 that plays a key role in the development of rectal cancer, for a period of six months.

However, after the completion of 12 months period, when the patients under these trials were to undergo traditional surgical procedures, such as chemotherapy, radiation, and invasive surgery, doctors found that the cancerous tumors had disappeared from all the patients and no further surgery was required.

The patients were ecstatic to learn that they are now ‘cancer free’!

Dr. Luis A. Diaz Jr., who is an oncologist at MSK and one of the authors of the research paper that reported the results of the clinical trials said, “This is the first ever incident in the history of cancer treatment”

It has been reported that these 18 patients had tumors with genetic mutations known as mismatch repair deficiency (MMRD). According to Dr. Luis, these mutations tend to make the cancer cells vulnerable to any kind of immune response. And, when they accumulate in the tumor, the stimulation of the immune system results in the attack on the mutation-ridden cancel cells. 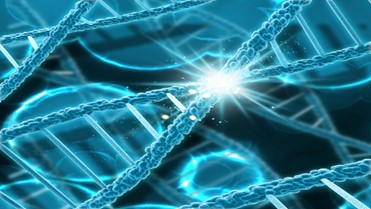 Several medical experts, especially, from the oncology department are elated to learn about these results, admitting it to be something that they have ‘never heard of before’.

Another, noteworthy point from the results was that only a few of all the patients under trial faced any kind of side-effect post the treatment. While some of them experienced mild fever, fatigue, nausea, and itching, none of them saw a regrowth of the cancel tumor.

Subsequently, in terms of its market implications, this result is highly likely to make a solid impact on the tumor testing market; especially, in the U.S.

Currently, the researchers are investigating whether this mono-immunotherapy procedure will have the same effect on patients with other types of tumors that have MMRD; such as pancreatic, prostate, stomach, etc.

While, certainly, a larger scale trial would be required to establish the concreteness of these results, for now, this clinical trial has provided a lot of hope to millions of cancer patients globally.

It’d be a huge landmark in the field of medical science and cancer treatment if this result really converts into a lifetime reality.