The rising popularity and consumption of processed food, along with a sedentary lifestyle, has led to serious health problems in a large percentage of the urban population in developed as well as developing countries. Nutrient deficiency is one of the major problems linked with the modern lifestyle and leads to various health issues. Few essential polyunsaturated fatty (PUFAs) acids, such as omega-3 and omega-6 fatty acids, are examples of essential nutrients that are significantly lacking in the modern diet. 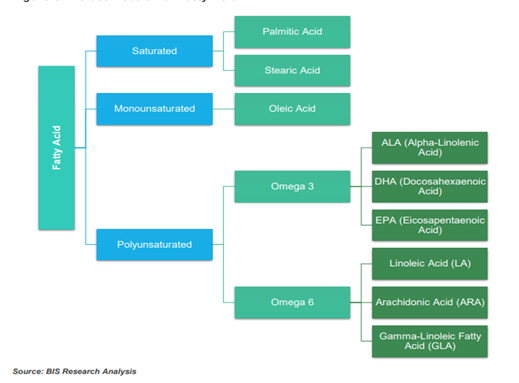 Over the past 50 years, extensive research has been done to ascertain the importance of omega-6 and omega-3 fatty acids for maintaining optimal health. The results have shown that PUFAs play a vital role at various stages, ranging from conception to maturation, development, and aging. For instance, consuming fish plays a key role in the brain and retina development throughout the fetal development process and the first two years of an infant’s life. D

Due to the mentioned factors, the demand for polyunsaturated fatty acid foods and supplements is increasing in the market globally, and various manufacturers are competing toward fulfilling the same by increasing the supply of PUFAs. 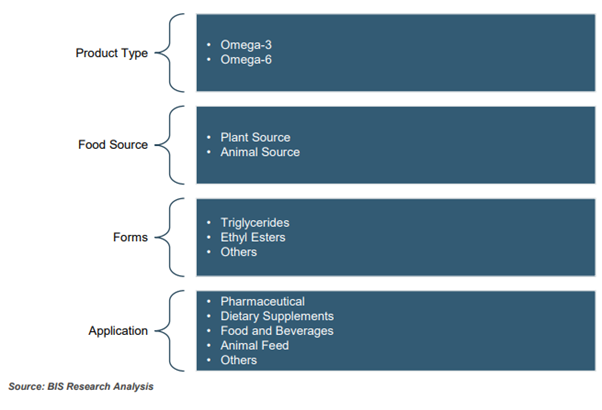 The Asia-Pacific region is witnessing the fastest aging population, mainly owing to steeply rising life expectancy and demographic changes. The demand for specific ingredients such as omega-3 and omega-6 has been contributing to a healthy aging population.

Hence, the PUFA market has witnessed substantial growth in the region. According to the BIS Research analysis, the Asia-Pacific Polyunsaturated Fatty Acids market was valued at $1.10 billion in 2020 and is projected to reach $1.98 billion by 2026 at a CAGR of 10.25% during the forecast period 2021-2026.

Omega-6 fatty acids are mainly classified into three types: arachidonic acid, linoleic acid (LA), and gamma-linoleic acid (GLA). Most omega-6 fatty acids in the diet come from foods such as soybean, rapeseed, vegetable oils, whole-grain foods, eggs, nuts, pumpkin seeds, and walnuts. These food sources can be easily added to a balanced diet, and the optimal need for omega-6 can be fulfilled if the person maintains a healthy diet.

Omega-3 fatty acids are the most important components of cell membranes in the body that impact hormones regulating blood clotting, contraction, relaxation of artery walls, and inflammation. These acids bind to cell receptors to regulate genetic functions. 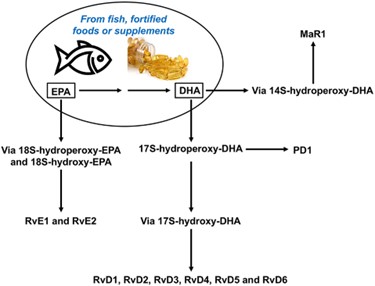 •    ALA or alpha-linolenic acid is an omega-3 fatty acid that is necessary for humans because humans do not synthesize it; therefore, it is considered highly essential in one’s diet. Alpha-linolenic acid is obtained from plant sources, including canola oil, walnuts, soybean oil, and flaxseed.

•    Eicosapentaenoic acid (EPA) and docosahexaenoic acid (DHA) are long-chain omega-3 fatty acids. DHA is vital for the growth and functional development of the brain in infants, and it is also required for adults to maintain normal brain function. Including ample amounts of DHA in one’s diet can improve learning ability, while deficiencies of DHA are often associated with learning disorders.

Deficiencies of DHA in the prenatal or formative years of infants are often associated with diseases such as attention deficit hyperactivity disorder. In adults, these deficiencies are linked with various physical and mental conditions such as alcohol syndrome, phenylketonuria, unipolar depression, cystic fibrosis, aggressive hostility, and adrenoleukodystrophy.

DHA is widely available as a supplement in two common forms, one is fish oil capsules containing DHA and EPA, and another is DHA obtained from algae. DHA is also naturally available in fish oil and vegetarian sources such as seaweed, lipids within the bloodstream, adipose stores, and cell membranes.

Among seafood, it is widely present in cold-water, fatty fish, including salmon, tuna (especially bluefin tuna, it has five times more DHA than other types of tuna), shellfish, sardines, and herring.

The recommended amount of DHA and EPA consumption is about 2-4 grams per day, which can either be consumed through food sources or supplements.

Various prestigious health organizations and experts have been recommending the conscious consumption of essential polyunsaturated fatty acids in an appropriate amount. It is also essential to raise awareness about the countless health benefits of omega-3 and omega-6 fatty acids to encourage people to maintain a balanced diet filled with all the essential nutrients.