Possibility of Mycelium to be the Sustainable Replacement of Plastic

Humans began using the capability of liquid fermenting to make medications around three decades ago.

Since that groundbreaking discovery, scientists have been working to better understand, cultivate, and ultimately re-program single-cell organisms like yeast, bacteria, and algae, to produce more life-saving medications and biobased fuels.

Then there's mycelium. Mycelium is similar to yeast (both are fungus), but unlike typical yeast cells, which develop as an individual cell, mycelium is multicellular and may grow into macro-structures, such as mushrooms.

Mycelium not only produces little molecules but also softly and precisely assembles them into intricate structures that are undetectable to the naked eye.

Mycelia and its Uses

Mycelium, plural mycelia, are finger-like forms that grow outward, such as roots, to find water and nutrients to suit the fungi's needs. Shiro, or fungal colonies, are formed by Mycelia and are found under or on the earth's surface. 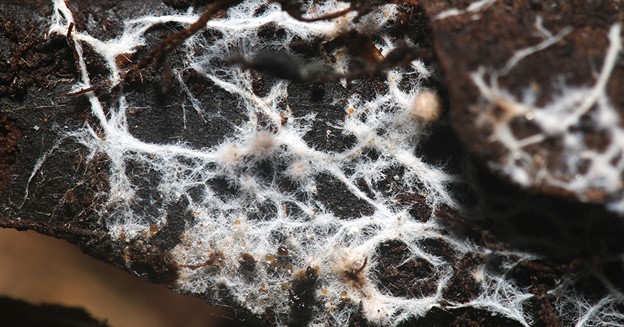 Because of its stiff wall structure, Mycelia may easily migrate through soil or other surfaces. Mycelium has a robust fiber structure that may be used to make clothes, food, building materials, and packaging.

It may be used to manufacture materials like leather and edible plant-based meat, as well as function as a plastic substitute.

Furthermore, this fast-growing mycelium might be a wonderful replacement for Styrofoam, which is gradually being phased out in most nations due to its negative environmental consequences.

Because mycelium is disposable, sustainable, and regenerative, it is affordable to produce and will be widely accepted in the future.

Mycelium may be used to prevent food spoilage, extend the shelf life of packaged foods, and boost immunity and oxygenation levels in the body, among other things. To halt future mycelium development, the fungi are inoculated in a mold and dried.

The dry mycelium can be shaped into many shapes and forms, such as powder, pill, or capsule, depending on its eventual application.

As a result, depending on the needs, the mushrooms can be ingested in various forms. The natural room structure of the mushroom can be treated and sold as raw or processed.

The green component of mycelium, which comprises plant seeds known as spawns, is included in the raw mycelium. Processed mycelium is processed at a specified temperature and pressure before being utilized in building, mycelium leather preparation, and food packaging.

Because mycelia can be molded into a variety of forms, the mycelium foam foundation may be utilized in a variety of sectors, including animal feed, clothing, food & beverage, and packaging.

How can Mycelium Replace Plastic?

A fungus' mycelium is made up of a mass of branching threads. Mycelium-based items spontaneously decay after their intended product cycle, unlike plastics as well as other synthetic materials, which may take decades to break down.

Mycelium composites, which are generated by cultivating mycelium on agricultural waste, can be used to make low-cost, greener building materials, potentially reducing the construction industry's dependency on fossil fuel-based goods.

Mycelium is increasingly being used by clothing makers as a green alternative to suede and synthetic materials. These might be crucial in decreasing the fashion industry's carbon footprint, which is one of the most polluting industries in the world.

Packaging that can be composted

Mycelium may be utilized to create 100% compostable standard and custom-molded packing, eliminating the dependency on plastic and polystyrene.

Plant-based 'meats' can also be made with mycelium. Unlike other meat substitutes, such as burgers or mince, which are mostly pulverized, mycelium may be cultivated into a 3D form or molded after processing.

Since ancient times, mushrooms have been employed in traditional medicinal practices. The therapeutic properties of several filiform fungal species are well known.

Antiviral, antibacterial, anti-aging, anti-inflammatory, hypocholesterolemic, and antioxidants compounds are abundant in the fruiting bodies of mushrooms and mycelia.

Ecovative Design designed MycoFlex foam, which the business claims is 100% biodegradable, to solve throwaway plastics in the cosmetics sector. The foam may be found in a variety of products, including make-up sponges, single-use slippers, and masks.

"One day, my ambition is to grow a lung and seed it with lung cells, using mushroom mycelium to form the capillary network and human cells to make the real lung," CEO Eben Bayer told CNN.

In the future, the business believes that mycelium will be able to produce medicinal items, including organs.

Mycelium growth is a novel and low-cost bio-fabrication process for recycling agricultural residues and wastes into long-lasting biomaterials.

Furthermore, because these materials are rigid and fire-resistant, they are viable alternatives to traditional construction materials. Furthermore, mycelium-based components are light and biodegradable, making them an environmentally acceptable substitute to petroleum-based packaging.

Only a small proportion of fungal species have been studied for their potential contribution to material science to date.

The poor industrialization of mycelium products, which is currently at a fledgling growth stage, is one of the biggest hurdles to the global mycelium market's growth and development.

Curious about which innovative technology is gaining traction in your industry? BIS Research provides the most up-to-date market research and studies. Connect with us at [email protected] to learn more.